(Warning: As usual on Thursdays, if you haven’t watched Lost, don’t read this.) Okay, so we’ve had five episodes of Lost this season. Two have been mediocre, if not boring, and three have been mind-blowing (literally, tonight, as was Minkowski’s fate). 3 for 5 ain’t bad. Lost is batting .600 for the season. Almost purely […]

Seven: The Movie, and America

I watched the movie Seven the other day for maybe the second or third time. It’s been a while, though, and I had forgotten what a good movie it was. I’ll admit that I feel odd writing that, since it’s a movie about a serial killer. I think perhaps what’s so enrapturing about it is […]

I Own That Guy’s Arm

This entry could be called “The Future of Investing,” since I seem to be on a “future” theme lately, but the above title is catchier. I had an idea the other day while reading this article. The article discusses a minor league baseball player named Randy Newsom who is selling shares of himself. More specifically, […]

The Future of Electronic Conversations: The Solution

The vase majority of blogs have comments at the end of the entry, making them seem like an afterthought. They’re not an afterthought—they’re just as important as the entry! Thankfully, someone realized this. That someone is an organization called the Institute for the Future of the Book. The Institute invented a new blog format, a […]

The Future of Electronic Conversations: The Problem

Two months ago, I started using the Google Blogger instead of the LiveJournal Platform. I didn’t regret that choice until yesterday. Several people who read my LiveJournal blog have told me that they didn’t like the move because it made it harder for them to post comments on my blog. And it is harder. But […]

The Future of Telephonic Communication

I’m going to write a longer segment on the future of electronic conversations in a day or so, but today I want to talk about some interesting advances in cell phones that I read about recently. These are all innovations created by companies who are thinking about their audience, which is really important. The first […]

While unwrapping a new DVD tonight (I know, obsolete format, I’m so 2003), I noticed the “Security Device Enclosed” notice on the package. I’ve seen this hundreds of times and never thought twice about it, and yet I’ve never actually encountered the security device. I’m sure it’s some magnetic transmitter or something, but what if […]

(Warning: If you have not watched the February 21 episode of Lost, stop reading now.) Hm. I’m not sure I’m totally satisfied with tonight’s episode…it wasn’t as strong as the last two, but it was definitely a necessary evil. We needed to know why Kate wasn’t a fugitive after she got off the island. As […]

Shopowner Pleased with Passage of Time

BROOKFIELD, Wisconsin (AP) — When Sheila Tearny was three years old, she told her mother she would own a “real business” one day. According to her, that day has come. Specifically, February 19, 2008. That’s exactly 10 years after Sheila opened her novelty habberdashery, Hats for Cats, in downtown Brookfield. Why wasn’t the store a […] 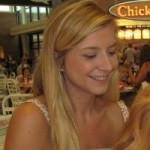 In the end, are people ever going to stop putting ads on the internet? Nope. They’re irresistible. If someone told me that I could get 1,000 more pageviews a day on this blog if I paid 5 bucks a month for a banner ad, I might consider it. It’s just so easy. But I know […]

Back to ads…last week when I wrote about the Kindle, I mentioned how the Kindle could provide an open, up-to-the-minute forum for any book. (“Currently with the Kindle, if you see a word you don’t know, you can highlight it to immediately see what it means. Imagine if you could highlight a word and immediately […]

What if you went online tomorrow to find that there were no ads on any web pages? Would you be disappointed? Would you miss the ads, the digital window shopping? How would you know what to buy, or where to buy the things you want? Or do you already know? The attraction of clicking any […] 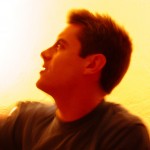 I could not be more disappointed. Definitely, Maybe, one of the best romantic comedies I’ve ever seen, opened behind four other movies this weekend. Valentine’s Day weekend! Maybe the market was just too oversaturated with new, well-marketed movies, but it finished behind Fool’s Gold, which was released last weekend. With the exception of The Spiderwick […]

Romantic comedies (forthwith called “rom coms”) and I have a love-hate relationship. I love that a rom com can make me believe in the power of love, particularly the mushy-gushy kind. But I hate that the vast majority of rom coms rely on the same devices to manipulate the viewer into being invested in that […]

A Few Things Every TV Character Should Know

(Warning: If you have not watched the February 14 episode of Lost, do not read this entry. Ever. Unless you don’t care about Lost.)Last week’s incredible episode of Lost was followed up by another great episode. I hope you all are starting to see that the island moves through time at the very least, and […]

I have a few entries to write on this topic, but this first one will focus on a specific form (and soon to be forum) of communication, books. Originally, I was going to begin this entry with a line about how I’ve never actually used an Amazon Kindle, but it seems like a cool concept […]

Okay, so today I’m not going to redefine electronic communication. I will, I promise, in the near future–probably tomorrow. I just have to work out a kink or two. For today, I have a bunch of little things I’ve been saving up that I want to say. So here goes: “Speakeasy” is an awesome name […]

Welcome to WordPress.com. This is your first post. Edit or delete it and start blogging!

Spray Bottles I cleaned my sink today, a rare feat of strength and dignity. It’s so odd that I convince myself that grime and hair blend into the sink top. It just doesn’t make sense. What also doesn’t make sense is the design of bathroom cleaners, kitchen sprays, and Febreeze bottles. The bottles only work […]

Call WaitingI like the concept of call waiting, but I consider it a little rude to switch over from one conversation to another. However, I’m not offended if someone does this to me. I try to avoid doing it myself, both for the rudeness factor and the fact that I have not once successfully switched […]

I’m not really into video games. I’ve played the original Halo once and thought it was pretty cool, and I’ve played the Wii a few times as well. These are well designed systems/games that immerse the player in worlds beyond our own, which I love. However, there’s one big thing holding me back: The connection […]

Warning: Do not read the following if you have not seen the February 7 episode of Lost. Before tonight, my favorite episode of Lost was the first Sawyer episode. Since then, there have been many wonderful episodes, particular the season premieres and finales, but none connected with me like that Sawyer episode. None were that […] 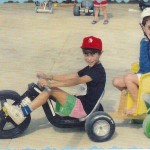 In the era of the “oh so cool” Nalgene bottle, Jamey has taken a stand against conformity, homogeneity, and potable drinking water. Whenever Jamey goes anywhere, he carries water bottles with him—but not just any water bottles; Jamey uses old soda and other disposable plastic water bottles that he has refilled with water. He takes […]

How I Saved the Environment

For one of my Christmas presents, both my mother and Caroline’s mother (unbeknownst to each other) gave us reusable grocery-store bags. It’s a good gift—very environmentally friendly. Several countries (China and Italy, I think) have recently made the news by outlawing plastic bags at grocery stores, so it’s probably something Americans should start to consider […]