Note: If you have not seen Thursday night’s Season Four Lost premiere, do not read on.

I’m one of the people who trust the Lost producers. I trust that they know all of the mysteries of the island. I trust that each of the characters is purposefully and intentionally created. I trust that everything will wrap up and make sense at the end of Season Six.

The producers solidified that trust last season by declaring that the show would air for exactly three more seasons (or two and a half after this half season). That declaration indicated to me that they had a distinct plan, and if they were pussyfooting around at all, they’re done with that. There’s no time to pussyfoot. Only time to foot.

There’s other stuff going on, and other information revealed, but none of it’s new, and none of it’s clear. For example, Naomi, who appeared to die last season, isn’t dead for a little while, but then she’s dead again, for absolutely no reason. Hurley talks to dead Charlie, but again, no new information is gained from that conversation (unless it turns out that Charlie actually was there, dead but real and alive, in which point I’m lost). And the coolest part of the episode, Hurley seeing Jacob’s house and Jacob himself, is left completely unclear. Does the house move, or is Hurley imagining things?

I think the mistake the producers made with this episode (and have made before) is that the best questions left unanswered arise from certainties. Hurly got off the island—why him? Especially why him when he went with Locke instead of Jack and Kate, who we know got off the island. Only six people got off the island—why only six? Are Michael and Walt two of them? The people who got off have a pact of secrecy with Oceanic—why would they do that? (The answer to that one is close to being answered—I can say with some confidence that the people who got off agreed not to tell the world that they left behind survivors both for Oceanic’s sake and for their own—people would stone them.) Also, we don’t know if Oceanic was instrumental in getting the six off the island—this we will learn in the next few episodes, and I have a feeling it won’t be so simple.

So not much happened in this episode, and Jacob’s house, although intriguing, just adds a level of uncertainty that I’m not comfortable with. I trust Locke to see the house, but not Hurley. Also, could Locke just come out and say why he’s so sure that they people coming to the island are going to try to kill everyone? Same goes for Ben. Just say why you’re so certain if you’re that certain, and if it’s really just a strong hunch, say that. Don’t pan for the camera with a pained expression and say cryptic things.

Of course, none of this will stop me from watching next week when that helicopter lands.

Bonus Theory: Desmond and his predecessor in the hatch swore that not typing in the combination and hitting enter every 108 minutes would end the world. We know that one of the times this happened, it caused a magnetic disruption that crashed Oceanic flight 815. Was that all it did? Or 6,000 miles away, did it cause a 22-story beast—big enough to end at least part of the world—to rise from the sea and destroy Manhattan? J.J. Abrams, creator and producer of both Lost and Cloverfield, loves to tie together different forms of media, sometimes without telling us. It’s a bit out there, but why not? (Plus, check out the Dharma Initiative symbol that appears in the opening frames of Cloverfield.) 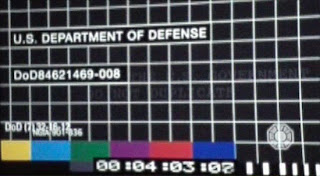 This entry was posted on Friday, February 1st, 2008 at 9:18 pm and is filed under Lost, television. You can follow any responses to this entry through the RSS 2.0 feed.

No Responses to “Lost and Found”