“I don’t want to be the one that got away.” –Michael Scott, The Office
“There was still so much left on my bucket list. So many different kinds of buckets I wanted to own.” –Tracy Jordan, 30 Rock

In the NCAA men’s basketball tournament this year, there were four number one seeds vying for the top ranking in the country. When there were four left, each team had two games separating them from that honor.

But imagine if instead of playing a semifinal game and a final game, you put all four teams on the court at the same time? You’d need to add two extra hoops, of course, but the result would still be chaos.

It would be incredibly entertaining.

So that’s what I’m doing today. The March of Mad Ideas ends here with your vote today. All four teams are going out on the court for four days, with me tallying the final votes next Monday night. You can only vote once to determine which idea I’ll pursue, so vote carefully.

An Online Equivalent to Window Shopping: The idea here is to mimic the mall shopping experience on a website. It’s similar to what Amazon has done, but I envision it quite differently. The website would display a number of “storefronts” that would be miniature versions of commercial websites, perhaps with a featured product displayed. You could customize your window shopping homepage with the stores you frequent the most, and the site would add storefronts based on which other stores you clicked on the most. 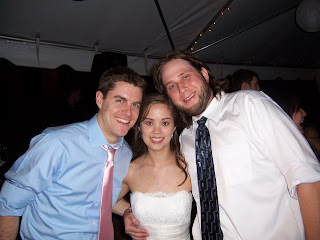 Investing in Me: The idea here is that I would create a formula that would establish my monetary value, and people could invest in share of me (up to 49%–I would retain a 51% majority ownership in myself). If my value goes up and a shareholder decides to cash out, I would pay them one share’s worth of my current worth. The risk is that shareholders would have a financial stake in the big decisions I’d make in my life, so they might want more control than I’d be willing to relinquish.

Reversible Baby Clothes for Both Genders: In a recent Gallop poll, 51% of women indicated that they wouldn’t want to know their baby’s gender before giving birth. Roughly 426,415 babies were born in the U.S. alone last year. That means that people coming to over 200,000 baby showers have no idea what color clothing they should buy! Sure, they could go with a neutral green, but why not have control to choose the color of an outfit after the baby is born? Thus, reversible baby clothes—pink on the inside, blue on the outside.

Sunroofs with Rain Sensors: Summer is coming up—wouldn’t it be nice to leave your sunroof at least partly open during the day so your car isn’t swelteringly hot when you climb in after a long day at work? But if it rains, your interior is going to get soaked. Many cars already have rain sensors on the windshield that automatically activate windshield wipers. All you’d need to do is connect those sensors with the sunroof motor and you can circulate fresh air through your car all day long.

Those are the options—vote away! I’m looking forward to see what the people choose.

This entry was posted on Thursday, April 17th, 2008 at 10:40 pm and is filed under March of Mad Ideas. You can follow any responses to this entry through the RSS 2.0 feed.