The Susan G. Komen Foundation Is Taking Over the World

Disclaimer: I have the utmost respect for this organization. Breast cancer, or cancer of any kind, is not a laughing matter, and I’m so impressed by the Komen Foundation’s ability to pervade into everyday American life the way it does today. I’ve never seen fundraising like this.

Let’s just put it out there in the open. We all know it. It’s on the tip of everyone’s tongues this month, Breast Cancer Awareness Month. So let’s just say it. Let’s just admit it.

The Susan G. Komen Foundation Is Taking Over the World.

Actually, let’s rephrase that. The Komen Foundation has taken over the world. It’s done. By the end of this month, the seas will be dyed pink and the Pink Panther will be president.

For me, my journey into realizing this started a few months ago when a coworker mentioned that they had a friend who had beaten breast cancer with the financial aid of the Komen Foundation. It was the first time I had heard of the Foundation. (Keep in mind that I am also the person who heard of Led Zeppelin for the first time a month ago.)

The journey continued last week when a friend mentioned that she would be allowed to wear jeans to class if she purchased a small pink pin from her school. That same week, I noticed several racks of Komen Klothing on the racks at Dick’s Sporting Goods—these were brand-name microfleeces adorned with pink lining and the little pink cancer symbol.

Then I flew Delta. I’m not sure if all airlines are doing this, but in the month of October, Delta Airlines is selling pink lemonade for $2.00 on all flights and donating the proceeds to the Foundation.

Let’s summarize what we have so far, starting with the biggest item: Komen owns pink. Owns it. Never again can you look at pink and not think of the Komen Foundation. It owns a color. Does any other organization have this distinction?

But now it’s in our food too.

I went to Schnuck’s (large local grocery chain) today. Just a normal trip to the grocery store, nothing out of the ordinary. No fundraising conglomerates in sight.

Then, after I checked out, I happened to glance down at my bags (yeah, I forgot my canvas bags. Two penguins died as a direct result of my negligence). My plastic bags were pink. Wait a minute, I thought. Komen can’t be here, not in my edible sanctuary.

I slowly looked up like people do in the movies when they’re about to realize that they world they thought was normal is actually wrought with zombies or aliens or the Mafia. I knew then that the Komen Foundation had taken over the world.

The checkout lines were swarming with pink bags. The cashiers were all wearing pink shirts and jeans. People were buying little pink pins left and right.

Horrified, I looked down at myself. Sure enough, the Foundation had gotten to me too. I was wearing a fuzzy pink jumpsuit with the word “jugs” scrawled across my ass in varsity letters. My shoes had been replaced by pink slippers. The milk and juice in my bags had turned into pink lemonade, the salad and bread into pink cotton candy.

The Komen Foundation had taken over my body.

What can we do about this Microsoft of the fundraising world? The kryptonite for Microsoft seems to be the iPod. So Komen needs an iPod.

Oh wait. They got the iPod too. 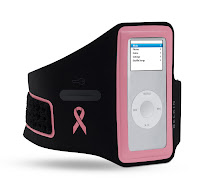 This entry was posted on Monday, October 13th, 2008 at 11:46 pm and is filed under Uncategorized. You can follow any responses to this entry through the RSS 2.0 feed.

3 Responses to “The Susan G. Komen Foundation Is Taking Over the World”

Leave a Reply to NQL