From the Mailbag: Leo 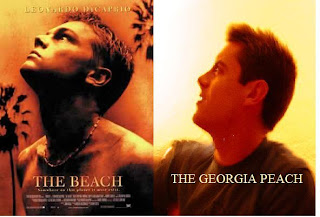 NQL: Although Leo is not my long-lost brother, he’s been like a brother to me. In the good times and the bad, the happy times and the sad, I knew I could always call him up and say, “Hey, Leo, cheer me up with a good story about those crazy times on the set of Titanic.” He’d always say, “How did you get this number again?” Oh, that Leo. Always making me smile.
Question: Why do people say the phrase, “You can say that again!” Did they not hear me the first time? Do they really want me to say what I just said again? —NSM
NSM: You can say that again! It totally doesn’t make sense when people say that. Did they hear you the first time? Yes. Do they really want you to say it again? No.
The truth is, when someone says that, they’re really just saying, “I agree.” But the difference between a person who says “I agree” and “You can say that again!” is that the former probably has something interesting to add to the conversation, while the latter does not. They may not have even heard you correctly. If you really want to make them uncomfortable after they say that, just reply, “Uh, I didn’t say anything,” and toy with your food during the ensuing awkward silence.

This entry was posted on Tuesday, November 25th, 2008 at 7:42 pm and is filed under Uncategorized. You can follow any responses to this entry through the RSS 2.0 feed.

No Responses to “From the Mailbag: Leo”