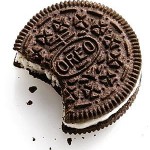 It’s not perfect every time you do it. You can try eight, nine times in a night, hoping for that level of perfection. You can use different positions, different speeds, various twists and turns, but each time is unique. You can’t be too mechanical about it, or it’s just not going to work out. I’m […]

The Next Disney Poll

Several people have requested that the next poll be of the Hottest Animated Disney Male. Although that’s not nearly as fun as this last poll, it could be interesting. I’ll be accepting nominations in the comments section below. In the female poll, there appeared to be a trend where any female voters would vote for […] 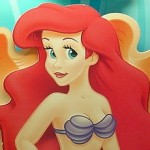 The Face of Hepatitis 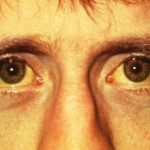 I donated a few pints of blood today. This gave me the distinct privilege of asking everyone I encountered for the rest of the day the shaming question: “Did you give blood?” (Insinuating: “Oh, you didn’t give blood? You selfish, pitiful person. Increase your iron intake and roll up your sleeve, you sad excuse of […] 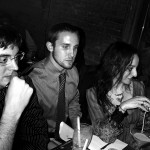 ST. LOUIS, Missouri (AP) — There comes a point in every man’s life when he needs to make a choice. A choice to eat the last thing in his freezer. On Monday, January 26, Trevor MacDougall made that choice. MacDougall arrived home just before 6:30 in the evening. He immediately walked over to the freezer, […]

Parking is a fairly joyless act. Some people get odd pleasure out of parallel parking–I’m satisfied if I can get my car into a space twice as long as the vehicle. Universally, though, there is one great pleasure about parking: When you pull into a parking space and discover that the adjacent parking space is […]

How to Convert Your Sweat into Electricity

What if I told you that you could walk on a treadmill for 5 hours a day to generate power for someone else’s business? Would that be something you’d be interested in? There’s a new workout center in Portland called the Green Microgym that is using the energy generated by exercise bikes and treadmills to […]

When I Say Nashville, You Say Diverse?

Yesterday, the citizens of Nashville voted to reject a proposal that would have made English the official language in their city. Fair enough. But their reason, as stated by the New York Times? “Critics said the proposal would tarnish Nashville’s reputation as a cultural mixing pot and drive away immigrants and international businesses.” Maybe it’s […]

Who the Hell Is Nancy? Part 3 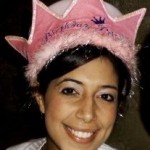 Ok…so I’m a pill-pushing Egyptian.  A drug dealer from the Land of the Pharaohs.  King Tut’s apothecary.  So that leaves one more interesting fact to share. My aspiration: To play the guitar and get a gig at a local bar So you’re probably thinking that since I’m a pharmacist, my aspiration would be to find […]

Welcome to the new blog! The domain name will soon be www.jameystegmaier.com, just as it was before; the only thing that will change is the feed name. Other slight changes: Pages: At the top of the page, you can see several different tabs (Guy Talk, Ideas, etc.). These are entries that I write on a […]

I’m the first to admit that I’m not great at running meetings. I’m supposed to facilitate bi-weekly meetings at my current organization, but all I really do is create the schedule and then let people talk for two hours. I don’t like to cut anyone off or put words in anyone’s mouth, and as a […]

Pet Please #1: The Box That Smiles

A friend of mine and frequent commenter, Bob, suggested to me today that I balance out the pet peeves I discuss on the blog with occasional mentions of life’s little pleasures and surprises. He has a point–if you look at the list of tags on the right side of the screen, newly sorted by frequency […]

Driving on Revolutionary Road in a Gran Torino

I saw two movies this weekend, both of them quite good. Below are my reviews. Gran Torino Rating (out of 10): 8 Good: The movie is mainly a character study of ageless Eastwood, a man who knows death but not life, but there’s just enough plot to keep you wondering what’s going to happen next. […]

I just learned this last night: If you have a batch of chocolate chip cookies that your sister made for you and they’re a little too crisp, put them in a freezer bag with a piece of bread overnight. When you wake up, the bread will be hard, but the cookies will be as soft […]

Newsflash: Amy Grant in the News

Who the Hell Is Nancy? Part 2

So now you know that I’m a legal drug dealer—a pill pusher.  What else do I deem somewhat interesting enough to share, you ask? My Ethnicity: I’m Egyptian Ok, let me explain.  I wasn’t born in Egypt.  My parents were born and raised in Alexandria.  My parents have your typical “how we met” story involving […]

Newsflash: Hubble: Still Out There

CAPE CANAVERAL, Florida (AP) — Today it was confirmed by an elite team of scientists at NASA that yes, Hubble is still out there. “Who knew?” said astophysicist Ted Kerplucken. “I sure as hell didn’t.” Hubble, which was originally launched on April 24, 1990, has apparently been taking photos for over 18 years. “Really?” said […]

A couple years ago, I had a memorable staff meeting at work. During the first half of the meeting, one staff member was particularly vocal about his/her displeasure with the performance of several coworkers. He/she  consistently broke one of the golden rules of management: criticize individuals in private, compliment individuals in public.  An hour into the […]

ST LOUIS, Missouri (AP) — Local kitten Biddy Stegmaier (I) has been offered the position of Secretary of Pinning Sheets to the Bed, an Obama insider says. Pending an official background check, Biddy will be sworn in with the rest of the cabinet on January 2o. “[Biddy] has the experience necessary for this job,” says […]

Last year, I posted a playlist of my favorite songs that I heard for the first time and purchased on iTunes in 2007.  In 2007, I purchased 192 songs. My favorites, the ones that best represent 2008 for me, are as follows: Revelry (Kings of Leon) Mama, I’m Coming Home (Ozzy Osbourne) Fake Empire (The […]

A Love Letter to My Greatest Love, My GPS Navigator

Dear Maggie (that’s short for Magellan), Today my love for thee blossomed as you accompanied me on the long road back to St. Louis. ‘Tis a long road to travel alone, but you were the perfect companion. You sat quietly on the dash the entire ride, allowing me to listen to my book on tape. […]

Trevor sent me an extensive list of fist names that’s too good not to post. If you’re having trouble thinking of fist names for yourself, feel free to consult this helpful list. Simon and GarfunkelPeter Pan and Captain HookThe Cream and the Clear (Barry Bonds already has rights to these names)Veal and MuttonTruth and JusticePrudence […]