Wow. I’m not often flattered, but I am flattered right now. I knew about a month ago that my story, “The Urban Parasite,” was going to be published in one of my favorite online literary magazines, Reflection’s Edge. What I didn’t know until about 3 seconds ago was that my story was going to be […]

How I Became a Man in 5 Hours 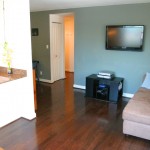 In many ways, I hit puberty on Saturday. I went through the rite of passage that every boy has to go through to become a man: I installed a flat-panel television on my wall. I haven’t had much success selling my condo, so I took the advice of frequent commenter Eric (Big Papi) and decided […]

Does anyone else watch TED talks? I’ve determined they’re the perfect form of entertainment during lunch when no one else is in the office. I feel smarter after watching them. TED is an organization that hosts conferences based on the premise that there are brilliant people out there with “ideas worth spreading” (no, I have […]

Transformers: Exactly What Meets the Eye

Okay. I love the idea of watching giant robots fighting on the big screen. That’s all I ask of a Transformers movie. I was sorely disappointed by the first film because even though robots were fighting, there was so much camera movement, quick cuts, and human-eye angles that I couldn’t tell what was going on […]

On Tuesday, I gathered my staff together and gave them the following challenge: I asked them to drop an egg from the third floor onto concrete and prevent it from breaking. The guidelines were simple: The egg had to be dropped by me, an impartial party, and it had to land on the concrete. The […]

I’ve added a new page to the blog that I plan on updating pretty often. It’s called “TypeTribe,” and it’s about the process behind creating the web-based business I’m starting. What is TypeTribe? Stay tuned to find out. For now, check out the new page, particularly if you’ve ever thought about starting a web-based business.

Three Things My Father Taught Me

In honor of Father’s Day, I’ve decided to devote this entry to my father, Jay Stegmaier. Dad lives in Chesterfield, Virginia with my mom. Here are three things that I’ve learned from my father due to the living example he set for me. Patience Dad is the most patient person you’ll ever meet. He takes […]

There’s a simple rule that I’ve learned from my amazing development director. It’s a helpful tip for anyone in any job or any walk of life. If you ever find yourself wondering, “Should I thank them for that?”, just consult your memory for this piece of advice: It never hurts to thank someone. Simple as […]

Just got back from my first David Matthews concert. Pretty amazing stuff. He ended strong with a huge performance of “All Along the Watchtower” and “Stairway to Heaven” combined together. Nancy and I, completely sober, were greatly amused by the swarms of high schoolers around us. There was one girl dancing in front of us […]

I read a must-read article today about Israel’s oldest newspaper giving its journalists a day off and asking 31 of its nations top authors and poets to write the articles and reports in their sted. The result, apparently, was a beautiful mashup of literary news. Here are some quick clips taken directly from the article; […]

What do you say when the waiter or manager at a restaurant comes up to the table and asks, “How is everything?” You know what you say. Regardless of how the food tastes, you say, “It’s great!” You do this for a few reasons: You know it’s the answer that he wants to hear. That […]

I don’t think I’ve watched a minute of summer television other than the Daily Show. What have I been watching instead during dinner, you ask? Movies. Specifically, parts of movies. I’ll split a 90-minute comedy between two dinners; a 150-minute drama between three meals. Thank goodness for Netflix. I don’t necessarily recommend all of these […]

This past Sunday, I posted an entry and a poll about what you’re allowed to do at your bachelor party. I was looking to establish some universal rules and guidelines about bachelor parties. Below are my conclusions and a few observations. Note that these results are based on the assumption that 30 people voted on […]

I Choose to Race 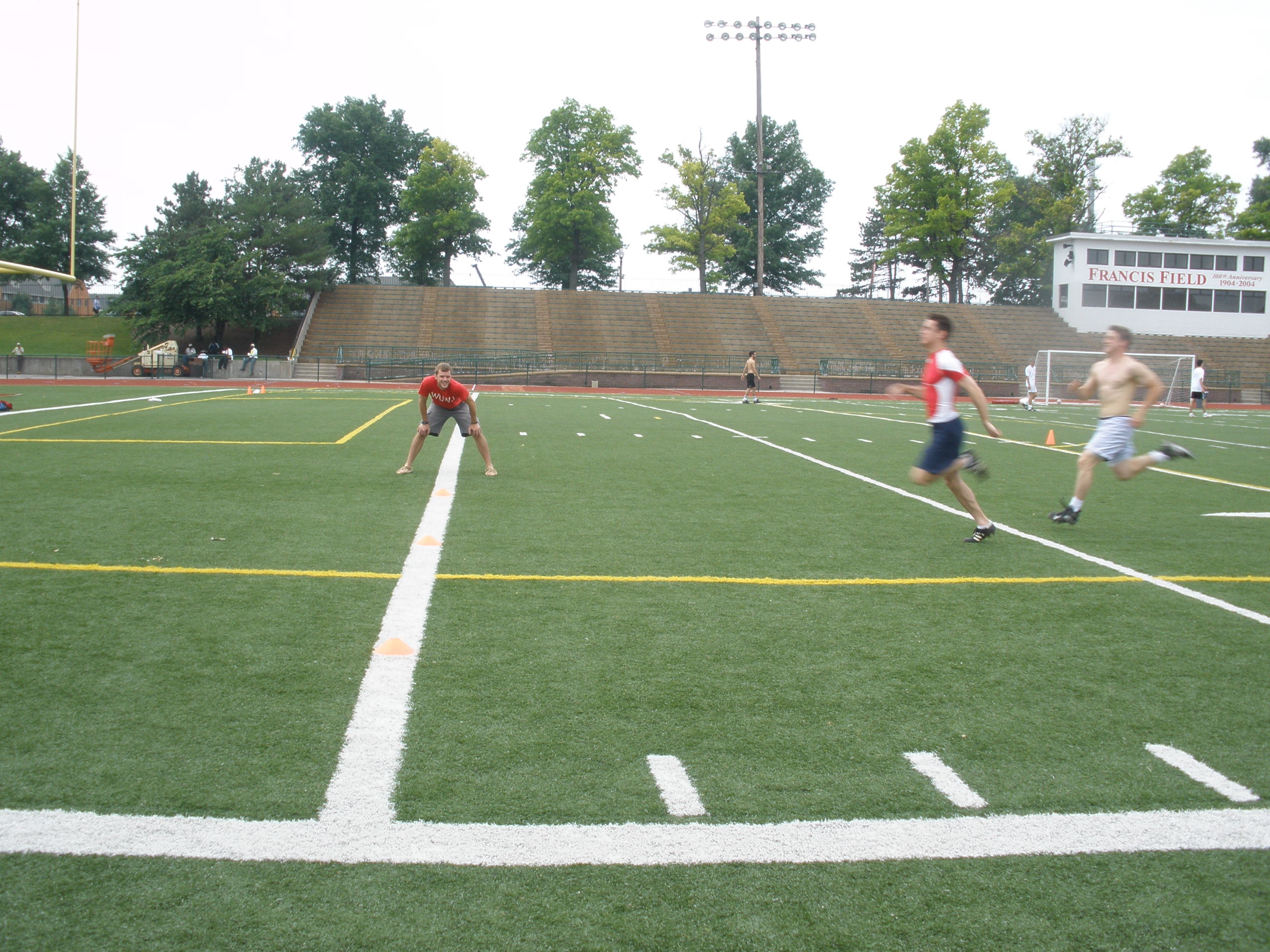 Sometime between puberty and junior year of high school (the two of which are probably way closer in time than I’d like to admit), I became fast. Specifically, a fast sprinter. I mostly used this ability while playing soccer, but I also decided to join my high school’s indoor track team my senior year. It […]

Thumbs Up for Party Down

The wonder of Netflix is this: You get movies delivered to your door, and when the movies are in the mail and there’s nothing on TV, as is the case in the summer, you can watch TV episodes or movies on your computer. Hulu does the same thing, but to my knowledge it doesn’t offer […] 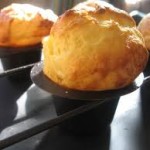 A friend of mine is thinking about starting a restaurant. If he goes through with it, I’m sure I’ll be posting about it in the future. Sharing in his excitement has made me look back on some of the restaurant ideas I’ve had over the years–some of these are concepts, parts of restaurants, while others […]

What Are You Allowed to Do at Your Bachelor Party?

I saw The Hangover this weekend and really enjoyed it. It wasn’t as funny or timeless as Old School (same director), but there were plenty of laughs, three-dimensional characters, bachelor party ideas, and an amazing sequence at the end when the credits are rolling. The movie is about a bachelor party (more specifically, the day […]

Two Things I Haven't Lost at Since High School

I spent hours today working on the business plan and mockups for the site, so I’m wimping out on this post by throwing out two random facts about me. These are two things I haven’t lost at since high school: Tic-Tac-Toe: Yeah, it’s possible to never lose. In fact, it’s pretty easy. It’s one of […]

Management Tactic #51: How to Hold a Beer

Okay, smart guy, you think you already know how to hold a beer. Go ahead, tell me how. Nope. Nope. And no, definitely not that way. That’s just gross. When you’re at a social event, there are two things you need to know about holding your beer: Make sure it’s a bottled beer. Sure, […]

This screenshot/print screen software. It’s called ZScreen, and the feature I’m most excited about is that I can now click control-print screen and I can choose exactly what I want to copy on my computer screen. This guy’s online cover letter. It’s brilliant and friendly and you walk away simultaneously feeling like you know the […]