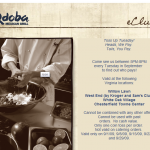 Bryce just sent me this really interesting promotion from Qdoba: Basically, Qdoba just cut their revenue in half for Tuesday nights. Do they win or lose? I’d say win. People love to gamble, so if they increase capacity on an otherwise slow night to even close to double a normal Tuesday night, they’re doing fine. […]

Magic Wands for Everyone

Back in my day, we had laser tag. Then came paintball. Now there’s MagiQuest. Haven’t heard of MagiQuest? Neither had I until I read an article about it in Wired this month. The basic concept: give a bunch of kids “magic” wands embedded with infrared sensors and send them on a “magical” quest (hence the name–get […]

You’re going to get in fights with your significant other. Not physical fights, mind you (at least, I sure hope not). But arguments, disagreements that escalate to the point that verbal jabs are just as hurtful as physical ones. That’s not to say that arguments need to build to that level. In all the big […]

Frequent commenter and friend Neeraja suggested to me that I write a post about floss. My first reaction was, “Why?” But Neeraja explained that she has recently really gotten into flossing (she’ll hopefully explain this in a guest post later this week), and she knows that I’m also an avid flosser. Here are the reasons […]

I need someone who is vehemently against flossing to write a short bit about that (hopefully funny). E-mail me at jamey.stegmaier@gmail.com.

Online Shopping for a Significant Other: One Man's Take

I do all of my shopping online. All of it. Is this relevant to my counterargument? Sure. This simply means that the way I shop is online. So why would I not shop online for my girlfriend? Nancy’s points boil down to this: Online shopping is lazy. Nope. It may require less physical movement, but […]

Online Shopping for a Significant Other: One Woman's Take

Nancy and I had a discussion the other night involving whether or not it’s okay for a significant other to purchase things online for the other person. I asked her to compile her argument–posted below, verbatim as she sent it to me–and I’ll counter tonight. So don’t get me wrong. Online shopping is extremely convenient, […]

What Do Students Keep?

Freshmen move-in at Wash U was today. My organization had a table on campus in the midst of all the students, and so as we planned for this day, we were faced with the challenge of distributing relevant materials in the form of something they wouldn’t promptly throw away. When I was a student, I […]

The Coolest Magazine Ad Ever 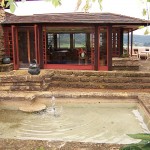 Entertainment Weekly, a magazine to which I subscribe and greatly enjoy, announced today that a fall edition of the magazine will contain a 2×2-inch, paper-thin video ad. That’s right. A tiny video screen embedded into a page of the magazine. It’s even rechargeable so you can watch the ad again if you want. Very cool. […]

I think that’s one of the more boring subject headers I’ve used for this blog. Honestly, though, I love metrics. I love objective measurements and rankings and ratings. Today I was part of a conversation at work that involved a company that’s working metrics for ranking Newman Centers (Catholic centers on secular campuses) across the […]

I just watched the video of Usain Bolt breaking the world record in the 100m dash, and it’s pretty incredible. He doesn’t embarrass the field like he did in the Olympics, mainly because the field is better here. His stride is just sick. It doesn’t make me want to race him any less. Obviously I’d […]

The Best Social Outdoor Game EVER 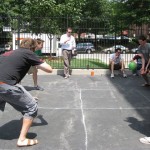 The best social outdoor game ever is four square. Hands-down. I played the other day, and I was quickly reminded how this childhood game is the perfect social game: Anyone can play. You barely have to move. You can mess up or make a stupid play, but it’s no sweat off your back, because you […]

The Most Romantic Cinematic Date Scenes

I’m thinking about embarking on a new project that I will divulge in the near future…but for now, I need your help. When you think of the most romantic, iconic date scenes in movies, what scenes do you think of? I’m looking for specific dates. Some I could see as being in a gray area, […] 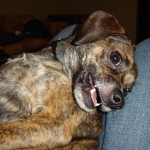 When my girlfriend recently visited me for a long weekend, she had to kennel her dog, which cost her over $200. That’s like four meals at Iron Barley (I’m hoping if I namedrop that restaurant enough, they’ll give me free stuff). This got me thinking: Why isn’t there a craigslist-type service that connects dog owners […]

A coworker recently had the pleasure of watching a movie in a theater called Fork & Screen, a division of AMC. You can see the setup in the photo to the right–you sit in a fairly normal theater, except there’s a long table in front of your seat. Push a button, and a few minutes […]

Recently, I got a call from a representative at a major financial advising/insurance company. She had gotten my name from someone and was calling in regards to the possibility of interviewing for a job at this company. The brief conversation went something like this: REP: We’re looking to hire people who would be great at […]

The Unified Theory of Meat 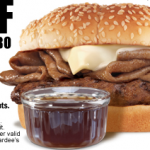 The other day I saw a Hardees ad for their featured burger of the month. It’s called the French Dip Thickburger, and it looks disgusting. Why such a negative reaction? After all, French dip is good and burgers are good. But Hardees committed a key error: It put two different versions of the same meat next […]

Okay, I had an idea the other day that needs brainstorming. The concept is a restaurant called “Three’s Company.” It’s a restaurant for couples. No table seats more than two people. The menu is built around meals for couples. The ambiance is romantic. And so on. Obviously I haven’t taken this idea much beyond the […]

JoshVision: The Epic of the Corolla, Part 2 of 2

When we last left JoshVision, I had just received a phone call from the Toyota Dealership telling me my car was now clean of Diesel, but unfortunately not clean of idiot mechanics. And now, the stunning conclusion… “What do you mean exactly when you say the car was in an accident?” I ask. My head […]

The TypeTribe contest is live HERE. Jump over there to cast your vote for the best opening sentence. On tap for tomorrow: JoshVision returns! If you’ve forgotten where his epic automobile saga left off, refresh your memory (and be prepared to laugh, grimace, pout, and shake your fist) HERE.