Hi everybody. My name is Harley May. I’m a wife, mother, and aspiring writer. This isn’t my first time on Jamey’s blog and he reluctantly let me write a guest post after I bribed him with kitten pictures thankful he let me come back. I asked Jamey if I could do a guest spot because I read a great book by a great friend and writer, Sean Ferrell.

I became a fan of Sean’s writing after I read his Fulton prize-winning short story, Building an Elephant, and was eager to read more of his work.

His debut novel, Numb (coming August from Harper Perennial), is about an amnesic man who can’t feel any pain. He wanders into a circus with no memory of who he is and simply says, “I’m Numb.” I reviewed the book on my blog and have a fun giveaway involving these three pictures : 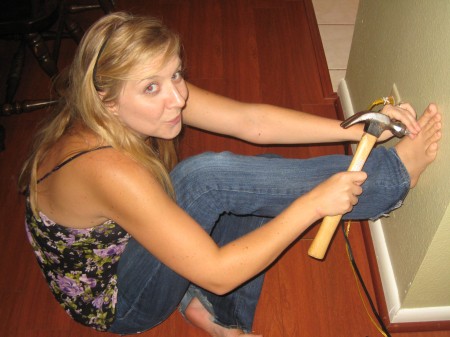 A man who drives nails through his body. 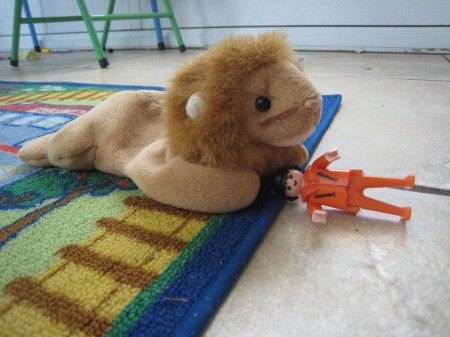 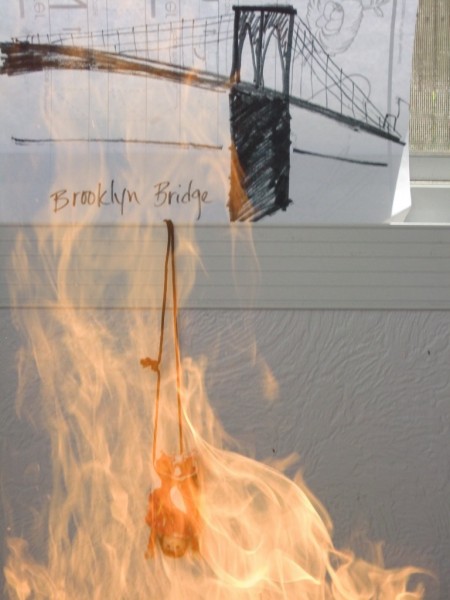 A man on fire.

All three scenes are from Numb. If you’d like to learn more about the novel (I think you will – it is brilliant) head on over and check out the contest.

I’ll be honest, it’s as though fate interceded and put Numb and I together. We’re practically the same person. I wrote him a bit of fan mail. Here is the letter.

Hey. I’m like your biggest fan. I saw you once on the street. You dropped a piece of paper and thought about picking it up and keeping it, but that just sounds freaky (I wanted to play it cool), so I followed you for a few more blocks instead.

We actually have A LOT in common. Here is a list of all our similarities:

1.)    You’re an amnesiac. You have no memory of who you are or how you came to be numb all over. Me too! What am I doing sitting at this computer? I don’t remember.

2.)    As I just mentioned, you can’t feel any pain. Same here. How did this axe get in my foot and why aren’t I screaming? Because I’m numb, like you (subliminal message it is meant to be).

3.)    You worked for a circus and had a thing for the contortionist. I AM A CONTORTIONIST. Hello? I don’t really need to go on, but I will.

4.)    We’ve both battled lions and lived to tell about it. We’ve got scars to prove it (I’ll show you mine sometime).

5.)    We are both pursued by supermodels on a regular basis. Hot ones (I know ‘hot supermodel’ is redundant, but she’s uber hot). They want us. Badly. I can’t explain it. I mean, you, I get. You’re interesting and in my mind, pretty hot. But me? There’s this one model, she’s relentless. I point out my wedding ring every time she hits on me. I pull out pictures of my children and still she persists.

6.)    You’ve had paper mache on your naked form. This is how I go to bed every night of the week. It does wonders for my skin.

7.)    You were a big hit on this Late Night Talk Show. Me? I’m on Talk Shows all the time. They keep asking me to come back, but our schedules just don’t ever line up. It’s tragic.

8.)    We’ve both been arrested. My misdemeanor involves a moped and a box of rubber chickens (I don’t remember any of it and had to read the arrest report. Amnesiac.).

See Numb, it’s like we’re one mind. I’ve sent this letter to your agent Michael a few times, maybe eight, I lost count after a while. I don’t think he gave it to you. Eventually a girl’s gotta stop embarrassing herself. So, this is me, reaching out to you from Jamey Stegmaier’s blog. We’re soul mates; you’ve just got to let yourself SEE IT.

This entry was posted on Thursday, July 29th, 2010 at 12:06 am and is filed under books. You can follow any responses to this entry through the RSS 2.0 feed.