Okay, I know spiders are a pretty common fear, unlike the rest of my unfounded paranoias. So I was never going to write about it. But something happened to me the other day that made me realize that it wasn’t spiders in general that scare me–if I see a spider on the wall, I dispose of it just fine–but rather unseen spiders that freak me out. 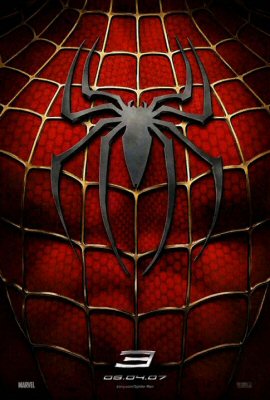 I couldn't bring myself to search for photos of real spiders ten minutes before I go to sleep.

I was over at a friend’s house playing Catch Phrase when someone mentioned that they were intrigued by the shadow of a spider on the window behind me. Everyone turned to look at the spider, which was apparently hanging out in a ladder propped against the building. One by one, the people in the room commented on the sheer size of the spider (not just the shadow). From my angle, I couldn’t see the spider, and I got shivers up my spine by the idea that this massive arachnid was hanging out just a few feet behind me.

This fear of unseen spiders started when I watched the movie Arachnophobia when I was way too young. It was a sleepover birthday party, but I didn’t get any sleep after watching that movie. I was too concerned with all the spiders cleverly hiding in shoes and sleeping bags and under toilets and in showerheads…. For years after that, I didn’t walk into a bathroom without checking all four corners of the ceiling and under the toilet.

I’m over that now. But the worst, even now, and probably until the end of time, is when I walk through a spiderweb. Not only can you not see the spider in that situation, but you can feel it all over you body where the web meets your skin and hair. I’m getting the heebie-jeebies just thinking about it.

I feel like people fall into one of two camps: They’re either afraid of snakes or spiders. Which are you?

This entry was posted on Sunday, September 12th, 2010 at 11:06 pm and is filed under My Greatest Fear, superlatives and tagged with superlatives. You can follow any responses to this entry through the RSS 2.0 feed.