After dating two women back to back for a total of 5 years, I needed a break. I was intentionally single for about 5 months (for the most part), and I stayed single for a while after that. But I wanted to be more open to meeting women again, and I felt that my heart was ready to meet someone special. I had never tried online dating and wanted to give it a go, so I signed up for a three-month subscription on Match.com and a free membership to OkCupid. 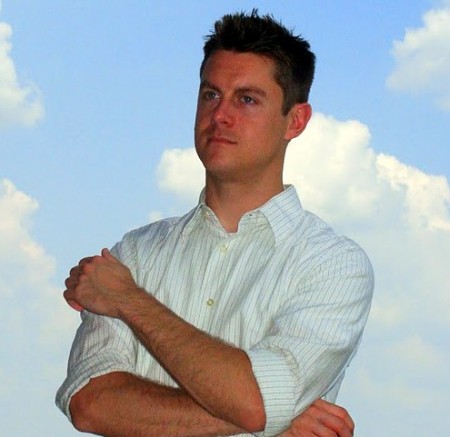 Here I am, three months later, my Match subscription about to end, and I’m still technically single. I’ve met a lot of great women, and I’m honored they’d go out with me, even just for a date.

Why stop now?  To be honest, I’m exhausted. I’m not saying I’m giving up on dating, not by any means, but on Match, there’s a constant influx of women. You wink at one woman and three wink back. I don’t want that to be my dating life forever. In small doses it’s fine, but I can’t sustain this.

And in a way, my willingness to meet new women during these three months hasn’t been completely fair to the women themselves. By entering a world of thousands of options, I made it difficult for myself to give my undivided attention to any one person. In hindsight, I wish I had limited my subscription to a single month and just renewed it a few times–three months is a lot of women to talk to, while one month isn’t as many.

18 first dates (and many other dates) in three months is also expensive! After the first girl I went out with ordered five glasses of premium wine over dinner, I decided to avoid first-date dinner dates in the future. For the most part, most of the first dates were over a beer or two, as well as a few root beer floats (any woman who wants a root beer float on the first date is my kind of woman).

I learned a lot about myself by going on these dates, and even more about women. I need to add a few questions to my “perfect woman” survey:

One of the big takeaways that I have from this whole experience is that it’s okay to live in the moment. Even though I got on Match looking for someone special, a first date isn’t necessarily a gateway to marriage. I was reminded of this by one girl who had a dog. On our second date, I expressed my concern to her about Biddy meeting her dog (and being attacked by her dog). She said, “Why does Biddy have to meet my dog?”

And she was right. It was our second date. I didn’t need to worry myself with future logistical concerns. If those are valid concerns, they’ll come to the surface soon enough. But I should just enjoy the second date.

You may be wondering how many second dates I went on. I estimate about seven overall. I’m not sure if that’s high or low. For the most part I was able to tell after a first date if there was any sort of connection.

That leads to an even greater question: Why am I still single? Simply put, the answer is that I’m not going to settle. If something feels wrong, I’m not going to ignore it like I’ve done for past relationships. I’m looking for an amazing connection with someone special. Not love at first sight–but at least some bubbly excitement from the beginning and through the first conversation. I had one like that recently that I’m curious about exploring. We’ll see what happens.

So that’s my story about Match. Maybe I’ll reactivate my account someday; who knows? For now I’m grateful for the experience, extremely grateful for the new friends I’ve gained, and relieved to take a break from all this.