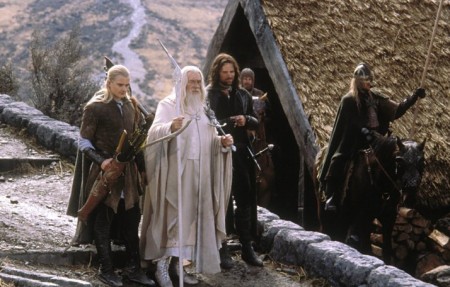 WELLINGTON, New Zealand (AP) – In a long-expected move, the New Zealand Parliament voted unanimously to spend $50 million (NZD) on a marketing campaign to clarify to foreigners that the country is not, in fact, the same as Middle Earth.

Following the vote, foreign affairs spokesperson James Radcliffe noted the country has “complete respect” for the movie adaptations of J.R.R. Tolkein’s Lord of the Rings novels, which were filmed in New Zealand. Both Middle Earth and New Zealand feature majestic forests, towering mountain ranges, and tiered cities, but the similarities end there.

“Foreigners come to New Zealand expecting to meet hobbits and contend with cave trolls,” said Radcliffe. “But we’re talking about seasonal creatures here–you’re not going to see a hobbit in the winter.”

Radcliffe then posed for a photo with visiting empty-nesters Jill and Chip Diggins, who said that they “really enjoyed the elf council meeting” and were honored to be in the presence of an immortal.

Since the movies were released, the New Zealand Bureau of Tourism has been flooded with requests for tours of Mount Doom and Rivendale.

The Parliament emphasized that safety concerns associated with Middle Earth need to be assuaged for modern-day New Zealand. The bill allocates $1.7 million for a campaign regarding the unlikelihood of Nazgul attacks  and $2.5 million to improve the perception of the nomadic Rohirim.

“People romanticize New Zealand because they think it’s Middle Earth,” said McFuddle. “Don’t come here expecting to get swept off your feet by a grizzled ranger. If you’re approached by a grizzled man who looks like Aragon, he’s probably just homeless.”

Despite lacking magic, rings of power, and giant eagles, New Zealand hopes that it will still attract a few tourists here and there.

This entry was posted on Friday, December 3rd, 2010 at 12:24 am and is filed under Newsflash and tagged with humor. You can follow any responses to this entry through the RSS 2.0 feed.

2 Responses to “New Zealand to Rest of World: “We’re Not Middle Earth””