You Decide: Should I Go on This Date?

This is something I’ve never tried before, and I’ll probably never do it again. Here is your chance to determine if I go on a date with Maria (I changed her name in case she wants to post under her real name in the comments in the future).

Maria recently saw my profile on Match.com and winked at me on that site. I didn’t wink back, so yesterday, she sent me a very sweet e-mail about herself. At the end of the e-mail, she asked me out.

I said no. More on that in a second.

But we continued e-mailing, and after a few exchanges, Maria had an idea for the blog (which she found a few days ago): She proposed that I ask my blog readers what they think.

Now, I adore my readers, but I don’t usually let you all make decisions about my life for me. It’s up to me to make decisions, and then I write about them. But the more I thought about this, the more intrigued I became. It’s an interesting concept, and what I write below is good fodder for debate.

So here’s the deal: Finish reading this entry. Hear me out. I’ll try to present the facts in a clear, concise manner (and if I don’t, Maria may clarify in the comments section). After you’ve read the entry, you may vote once. The polls will close on Friday at noon. If you all vote yes, I will go on a date with Maria next Monday. If you vote no, no date. If there is a tie, I will call my grandmother and ask what she thinks.

Here we go. Keep in mind that Maria knows what I’m going to write about, and she knows I’m going to be brutally honest. I would never, ever write about someone in this way without their permission. Just to be safe, I’ll start off with the good stuff. 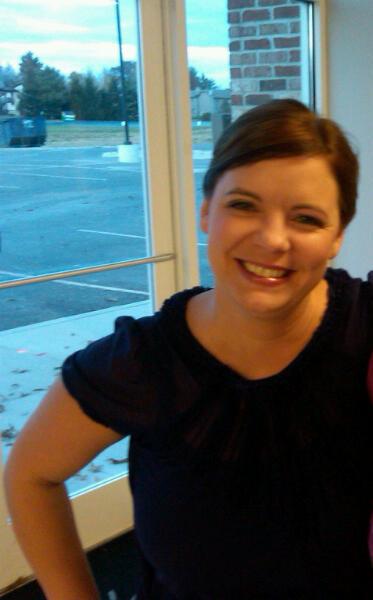 Here are three reasons why I shouldn’t go on a date with Maria:

Now you might say that it’s just a date, which is true. What harm is there in meeting up for a drink? Very little. But I want to be honest with her and honest with myself that I don’t see potential here.

What do you think? And in general, what do you think about the idea of basing a date on physical attraction? If you aren’t physically attracted to someone who contacts you, do you look past that and give them a chance in person? Is that fair, or simply misleading?

Update: Maria pointed out that I forgot to mention that she scored a 22 out of 25 on my perfect woman survey.

Update 12/10: The people have spoken! Looks like it’s time for a date with Maria! Thanks everyone for making this one of the most commented-on posts on my blog ever. I’ll follow up next week with Maria’s thoughts about the date.

This entry was posted on Monday, December 6th, 2010 at 10:04 pm and is filed under poll. You can follow any responses to this entry through the RSS 2.0 feed.

91 Responses to “You Decide: Should I Go on This Date?”