My Greatest Fear #17: Getting Attacked in the Shower 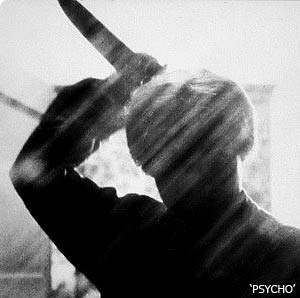 I don’t think there’s any place where you feel more vulnerable than the shower.

You’re naked. It’s slippery. You can’t hear or see what’s going on in the rest of your house. You’re confined to a very small space with one exit. Your only defensive weapon on hand is your loofah.

When people break into your home, usually the last thing they want to run into is you. But that doesn’t stop my mind from wandering when I’m in the shower. It wanders to the slim possibility that someone has broken into my home with the intent of harming me, and I’m in the shower when it happens.

As improbable as this fear sounds, I think there’s probably something in all (or many) of us that relates to this fear. Hitchcock featured it in Psycho, so I’m definitely not alone here.

And the thing is–the thing that I tell myself when I pry to open my eyes through shampoo lather to see if there’s an intruder in the bathroom–is, what am I really going to do in that situation? It’s not quite helpless, but it’s pretty close. If someone is motivated and able to break into your house at the exact time that you are most vulnerable, you probably don’t stand a chance against them. I’m not saying I wouldn’t try to fight my way out with that loofah, but I understand that my chances are slim.

It’s like the common fear that your plane is going to crash. I get it, but what are you really going to do if your plane starts to go down? You’re not in control of that situation. Just strap on that oxygen mask, get a little high, and enjoy the ride.

So why not just relax and enjoy the shower? That’s what I’m working on.

This entry was posted on Thursday, January 6th, 2011 at 11:43 pm and is filed under superlatives and tagged with superlatives. You can follow any responses to this entry through the RSS 2.0 feed.

15 Responses to “My Greatest Fear #17: Getting Attacked in the Shower”