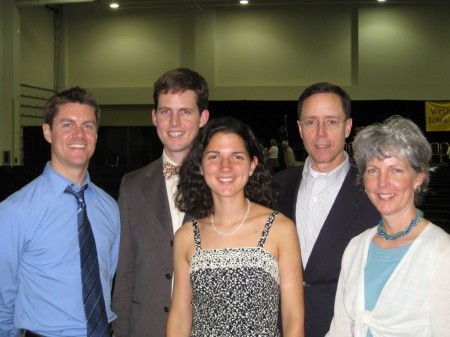 As I wrote about last week in Part 1, one of the most endearing, loving, and amusing things my mother does is overprepare me for travel abroad.

After my year after Japan, my family went to France over winter break (my sister was studying abroad in the lovely city of Montpellier). It was in France that my mother really came through in the clutch.

I got strep days before I left school thanks to an ill-advised (but enjoyable) make-out session with an ex-girlfriend. This would have totally ruined the trip to France had my mother not come prepared with a Z-Pak in her purse. That’s one of those antibiotic packs that jolts you back to health in no time.

Sure enough, five days into the trip (during which my sister came very close to killing me in my sleep with a spoon due to the strep-induced snoring), the strep cleared up and I was free to eat baguettes, pastries, crepes, and drinking chocolate pain-free.

But my mother had to redeem herself somehow, and she did so in style on the flight home.

My mother is notorious for thinking that I hate my favorite foods and that I love my least favorite dishes. So when she finalized our seats on the plane, she decided to switch out the normal airplane fare for vegan kosher meal (I am neither vegan nor kosher). I, of course, discovered this the hard way.

My recollection is that my mother thought that the airplane food on the way back from Japan had made me sick  (didn’t happen), and so she wanted to prevent that from happening again.

So on the flight home from France, everyone around me on the plane were served these steaming, delicious platters of Franco-American cuisine, and I was served…nothing. The stewardess saved my special order for very last, and then finally she brought it out with special gloves, as if she were serving E.T. his last meal in his hyperbolic chamber.

My cursory exploration of the platter revealed several cold, pale substances akin to soft coral. I turned around with sad eyes to see my mother, several rows back at me, beaming with pride. After I choked down the meal, my stomach churned and I become nauseous. I didn’t get physically sick, but I spent the next seven hours fighting back nausea and waking dreams.

I’ll conclude this series of Mom stories next week with a trip to Australia and a conclusion that’ll make you say, “Awww….”

This entry was posted on Thursday, March 17th, 2011 at 11:49 pm and is filed under personal and tagged with personal. You can follow any responses to this entry through the RSS 2.0 feed.