NEW YORK, New York (AP) – Riding on their recent wave of fame involving a cobra on the loose, the Bronx Zoo has decided to allow one animal to escape each month. 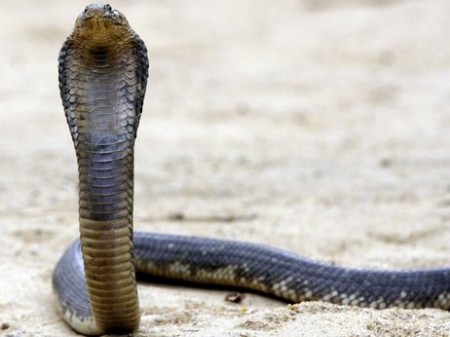 The idea was recommended by the publicity firm Starks & Harrison, the minds behind the popular @bronxzoocobra Twitter account. Within two days of the cobra going missing in March, the Twitter feed had amassed over 200,000 followers.

“New Yorkers like the thrill of knowing that they could be attacked by a wild animal at any time,” said Gabi Velasquez, an intern at Starks & Harrison. “We want to capitalize on that for the benefit of the zoo. Bronx Zoo visits were up 22% while the cobra was on the town.”

Zoo spokesman Bernard Abernathy said that the identity and breed of each animal would remain undisclosed until they were released from their enclosures, but he assured reporters that “all animals ‘escapes’ would happen during regular zoo hours.”

He went on to say with a wink that zoo visitors should get their “claws out” for the “mane” event the first week of May, and went on to make sure that reporters would spell “mane” the way he intended.

Velasquez confirmed reports that efforts to recapture the animals would be lackadaisical and halfhearted. “However,” she said, “if you stumble upon one of the animal escapees, you can check in on FourSquare and earn a zookeeper badge good for a 10% discount at the zoo gift shop.”

After the announcement, animal activist group PETA posted the following note on Facebook: “We are in full support of the zoo’s decision to release the animals, even at the expense of humankind.” The note included a photo of an alligator eating an elderly woman, which had 3,000 Likes at the time this article was published. [Update: The photo has 48,000 Likes as of 12:52 am EST.]

This article is sponsored by Oz Moving. Moving to the Bronx area soon? Consider these NYC Movers to help in your next journey.

This entry was posted on Thursday, April 28th, 2011 at 12:00 am and is filed under Uncategorized and tagged with humor. You can follow any responses to this entry through the RSS 2.0 feed.