I Lived Through 45 Minutes of Sub-Zero Temperatures: A Survivor’s True Tale of Survival Against All Odds

This happened when I was home for Christmas. Being home this past weekend triggered the memory, not unlike how a car backfiring triggers flashbacks among war veterans.

I was young and bright-eyed once, back in the winter of ’10. An optimistic boy making my way in the world. I was back in the heartland of Virginia for Christmas break, and I had just dropped off my grandmother after watching True Grit with her (Grandma’s review: “I’m not sure about that movie.”). I drove home in my parent’s 1994 Dodge Caravan, eager to greet them with tidings of comfort and joy upon my return.

Little did I know of the terror that awaited me.

Before I had left for the movie, my parents told me they might be out running some errands when I returned. They said they’d leave the door to the house unlocked for me. Bambi-eyed and trusting, I believed their every word. 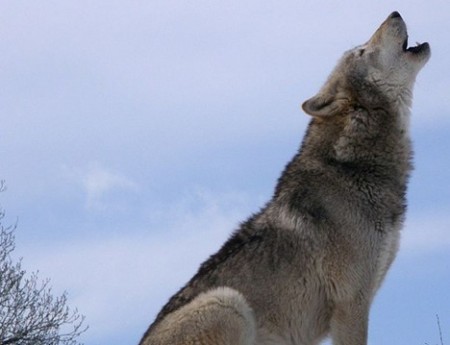 Having barely missed out on Jamey-meat, a wolf howls in anguish to the moon.

You see, my parents had spent 29 years coddling me, showering me with love and affection and support. But somewhere, deep down, they had plotted and schemed. They drew up blueprints, hired ex-Marines, and opened untraceable bank accounts in the Swiss Bahamas.

Finally, the fruits of their patience paid off, and they executed their plan to perfection: They “forgot” to leave the doors to the house unlocked.

Desperately I tried door after door, window after window. I even remembered the code to the garage door, but the pulley was off its tracks. My parents had planned well.

It was 3:00 in the afternoon, and I knew I only had a few hours of sunlight remaining before the wolves would have me. I was wearing naught but a sweater, jeans, and a peacoat that has garnered many a compliment.

The temperature hovered around 31 degrees in the barren wasteland of suburban Virginia. They say that if a man can stay warm, he can live 30 days on water alone. But I had no water and no warmth. And no iPhone recharger.

I dropped to my knees and released a primal yell to the arctic winds. With what little strength I had, I shook my fist at the heavens. That act of defiance sapped my strength to the point that I knew I wouldn’t last another five minutes without a Christmas cookie or egg nog.

Your mind can do amazing things when it’s pushed to the brink. With hope fading fast, I realized that I had three options for survival:

My every instinct told me that #2 was the right choice. But before I left my old life behind, it occurred to me that hot tubs are awesome, and I was home alone.

Gritting my teeth, I tore off my clothing and climbed into the hot tub, which was nice and steamy. Oh, the ecstasy! I had leaned on the railing of death and said, “No! Not today, Death! I have a hot tub to enjoy in the nude!”

And so I lived. Oh, I lived. Twisting and twirling in the tub, my man bits slapped against my naked legs as I tried to regain feeling in my limbs. I even briefly considered emptying my bladder in the tub to defy my parents, but I vetoed the idea after realizing that it would have meant sitting in a pool of my own urine for an indeterminate amount of time.*

Instead, I sat in a pool of victory until my parents came home.

I was free. I was alive. And I was very, very naked.

But it was worth it.

For other true tales of survival, scroll down to the bottom of this page.

*I may have actually peed in the hot tub. I really can’t remember, but it seems like something I would do.

This entry was posted on Wednesday, May 18th, 2011 at 12:20 am and is filed under humor and tagged with humor, survival. You can follow any responses to this entry through the RSS 2.0 feed.

5 Responses to “I Lived Through 45 Minutes of Sub-Zero Temperatures: A Survivor’s True Tale of Survival Against All Odds”