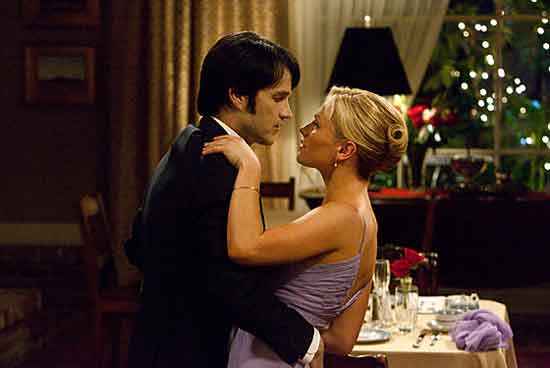 I have recently been smitten with an HBO show called True Blood. It’s gritty, sexy, Southern, entertaining, and actually asks some really interesting questions about how supernatural creatures would interact with the real world if they were “outed.”

I’ve also discovered (this was a while ago), that like The Notebook, True Blood is an excellent show to watch on a date. Let’s just say that it gets the ladies in the mood…

The writing in True Blood is actually quite good, with one huge exception: dream sequences. You know what I’m talking about. You’re watching the show, and there’s a scene where the girl finally admits to herself that she wants the guy she’s not with, and they ravage each other in bed. Finally.

And then…she wakes up.

Dream sequences are flat-out bad writing. If you want to show your audience that Sookie secretly wants Eric, let the actress do her job. We don’t need to be spoonfed those hidden desires. Sure, the visual is handy, but once we realize it’s not “real,” we feel cheated. Manipulated.

Now, the occasional dream sequence where it is abundantly clear from the beginning of the scene that it’s a dream isn’t so bad. But when you’re given no sign that it’s a dream, you end up starting to wonder if every scene is a dream. You start to doubt the reality of what you’re watching–and when you’re watching True Blood, everything is so far from reality that those doubts come quickly.

So writers of the world, please stop using dream sequences. You can do better than that.

This entry was posted on Monday, July 18th, 2011 at 11:14 pm and is filed under television, writing and tagged with writing. You can follow any responses to this entry through the RSS 2.0 feed.