Letters from Netflix and Solutions by Jameyflix 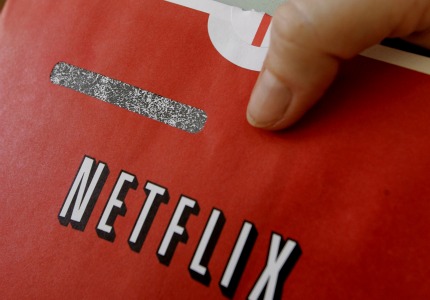 A few months ago, all 25 million Netflix subscribers got a notice saying that in the near future, Netflix would be raising its DVD + streaming video service by 60%. Users could avoid the price hike by choosing to receive only DVDs or only streaming video, but if they wanted both (as they had become accustomed), they’d have to pay.

The price hike happened a few weeks ago. Since then, Netflix has lost a million subscribers. So the other day, Netflix members got an e-mail from the CEO indicating that in order to alleviate further dissent, Netflix would divide into two different companies, Netflix (for streaming) and Qwikster (for DVDs by mail). Two separate services, two separate queues, and the price hike (if you subscribed to both, just now separately) is still in place.

I’m amazed that this is something that people are outraged about. We’re all talking about watching movies at home, right? That’s it? And yet we’re outraged? I’m truly hoping that Hastings has a whole slew of e-mails in his draft box, all ready to send at the right time. Some messages I’m eagerly expecting:

Honestly, the switch wouldn’t be a problem if every movie and TV show streamed on Netflix. But they don’t–the selection of streaming video is actually quite small.

So here’s what I think Hastings should actually do:

In all this fuss, people are forgetting what Netflix does right. Netflix has amazing, forgetting, transparent, and informative customer service, and that’s getting lost in all this fuss. Get rid of the fuss and go back to being an affordable, convenient, consolidated service, and we’ll go back to remembering why Netflix is awesome in the first place.

What do you think? What’s your solution?

This entry was posted on Friday, September 23rd, 2011 at 12:16 am and is filed under brilliant innovations, ideas, technology and tagged with ideas, technology. You can follow any responses to this entry through the RSS 2.0 feed.

5 Responses to “Letters from Netflix and Solutions by Jameyflix”