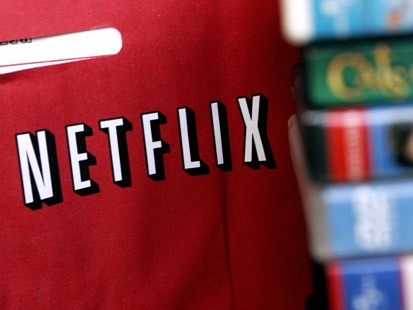 LOS GATOS, California (AP) – In a long-overdue move on Monday, Netflix announced that it would purchase the US Postal Service for $6 billion cash and unlimited movie rentals for a year.

Tech bloggers are calling the highly-touted new service “Netflix for mail.” Despite widespread speculation that the move would drastically change the USPS’s core mission (“And neither snow, nor rain, nor heat, nor gloom of night, nor the winds of change, nor a nation challenged, will stay us from the swift completion of our appointed rounds.”), Netflix claims that no such changes will be made.

“Well, except for the part about snow,” said Netflix spokesperson Argyle Finch, who noted that the new service would be called Netmail. “Everything shuts down in Los Gatos when we get more than an inch.”

Much to the chagrin of postal workers around the country, Netflix does not intend to lay off any USPS employees. When asked for comment about the buyout, Oklahoma postal worked DeSean Porter said, “Well, it makes sense. Most of what we deliver is Netflix DVDs and junk mail.”

A leaked screenshot of the Netmail’s new homepage shows the service will be divided into a number of different payment plans, including up to 3 letters at a time. Members will be able to pay an extra dollar a month to filter out junk mail and requests from friends to support their charity walks.

Although Netmail is planning to launch a new unlimited streaming service through which you can receive certain types of mail electronically, tech bloggers are concerned about what appears to be a delineation between that service and the regular subscription plans. “At first we were told that we’d get Netmail streaming for free as part of the regular subscription, and now they’re charging for both? That’s hogwash,” writes blogger LOLkat69.

When asked to comment, Netflix merely replied, “The USPS lost $8.5 billion last year. We don’t intend to do the same.”

This entry was posted on Tuesday, September 13th, 2011 at 12:13 am and is filed under fake article, Newsflash and tagged with humor. You can follow any responses to this entry through the RSS 2.0 feed.

2 Responses to “Netflix to Buy US Postal Service”