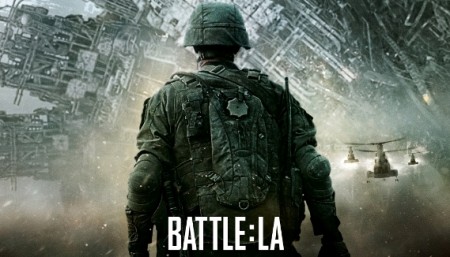 Bryce wins “best movie reference” comment with his remark on Brad’s comment about the improper portrayal of LA bars in the movie Crazy, Stupid Love (a chain of comments that had little to do with my original blog entry):

“…I’ve seen enough movies and TV to know that LA is filled with crazy bars where you can dance or not dance, and sit on couches or at bars, and order whatever you like at any time of day. And the hallmark of any LA bar/nightclub/dreamland is that any expensively dressed Tiger Beat cover-boy can walk out at any time with any girl he wants no matter what he says or does. Its like you don’t even know what LA is. Haven’t you see The OC or 90210 or Battle: Los Angeles? If you want a normal bar with ugly people you should go to Boston, like in Cheers or any Ben Affleck movie.”

Trev wins “most revealing comment” for this remark on Contrivance #6: Public Fountains:

“Public fountains are pretty disgusting! I can personally vouch for the fact that most public fountains within walking distance of bars I frequent have in fact been peed in. Disgusting.”

Brad wins “most creative idea” award for this suggestion for what the Netflix CEO should do next:

“He should announce that he has acquired the streaming rights to something big – like Friends – and then announce that he will NEVER allow anyone else to see it. He should then start a Twitter account devoted to his favorite jokes from each episode and constantly remind people that they will never get to hear these jokes themselves.”

I love it when new readers discover really old blog entries and comment on them. Thus William wins the “most random comment” award for this remark on the Hottest Disney Male post (which I wrote by popular request after the seminal Hottest Disney Female poll):

“simba because i love animated LIONS!!!

Responding to my remark in Why Wouldn’t You Give Part 3 stating that “if we’re all just giving each other $25, we’re all breaking even,” Sarah wins the “most informative comment” award:

“In parts of Cambodia, when a couple gets married all of their friends and family members give them cash as a gift. The newlyweds spend their wedding night carefully filling out a ledger with the names and amounts they got, right down to the last penny. Aside from ensuring the most G-rated wedding night in the world, the ledger is something they refer back to like an account of their “debt.” When they get established as a couple and a little more prosperous, they pay back the exact amount of the gift to each person at opportune times that will help the recipient the most (i.e. another wedding, a death in the family, a poor harvest season).”

Here are the best comments from August 2011. Thank you for all of your comments!

This entry was posted on Sunday, October 2nd, 2011 at 10:59 pm and is filed under best of the blog. You can follow any responses to this entry through the RSS 2.0 feed.