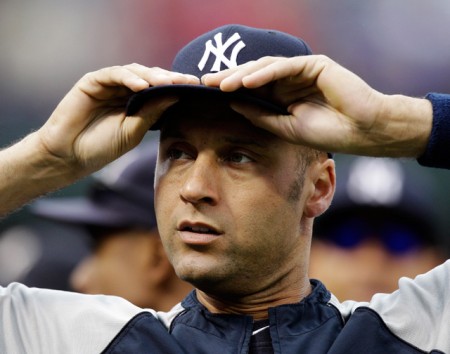 Much ado will be made in the next few months about certain free agents in baseball who will be shopping around for bigger and better contracts. Each of them will inevitably claim that they’re trying to do what’s best for their family, and then when they’re signed for the maximum possible amount, they’ll say that they look forward to doing everything possible for their (possibly new) team.

But is that really true? Especially when we’re talking about mega-contracts, those that can exceed $200 million (spread out over many years).

Let’s start with the first claim: That family comes first. Of course that’s true, and I have no problem with it.

Then there’s the second claim: That these mega athletes are team players despite the mega contracts. I think those are contradictory concepts. If you really want your team to win, you should accept less money so your team has more money to attract other top-quality athletes. If a championship is your goal, why not help the team with finances by accepting far less than market value?

Now, that’s easy for me to say–I’m not the one having $200 million waved in my face. But it just seems hypocritical to me that mega-athletes claim that they’re a team player when their salary has a major impact on the rest of the team.

What do you think? This is your last chance to get those comments in for tomorrow’s Comments of the Month entry!

This entry was posted on Sunday, October 30th, 2011 at 10:15 pm and is filed under sports and tagged with guy talk. You can follow any responses to this entry through the RSS 2.0 feed.