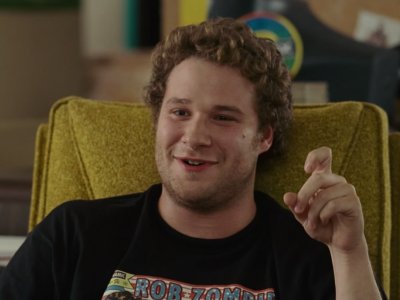 Have you noticed that all single adults–especially those 30 and over–are portrayed as unsuccessful?

I started thinking about this while watching that terrible movie Young Adult. In the movie, Charlize Theron is a successful writer (albeit a ghost writer, but successful nonetheless). But the movie portrays the successful people as those who had settled down and had kids. Their jobs weren’t important. The focus was on family.

So I started thinking about other movies with single adults. Pretty much every Seth Rogen movie portrays him as man-boy. In fact, there’s at least one grownup in every Judd Apatow who fits that description (Bridesmaids being the most recent example).

There are a crop of movies with divorced dads as the protagonists. Steve Carrell comes to mind as someone who’s in a bunch of them, but there are other actors who take those roles.

Single adult women in movies usually fall into two categories: Single moms juggling more than they can handle and career-driven women who are “too busy” to focus on family. Why can’t a career-driven woman in a movie be lauded for her achievements, and perhaps written in a more well-rounded way to reflect real-life women? And why can’t a single mom simply have her act together like so many single mothers in real life?

I think my overall concern here is that people–not just movies–equate having a family to happiness and success. I’m not saying there’s anything wrong with having a family. But in my opinion, there are SO many different ways to define success, and you can achieve many of them as a single person.

And if all fails, follow the Seth Rogen formula in Knocked Up and get a stranger pregnant. Then come talk to me about what happiness looks like.

This entry was posted on Thursday, December 1st, 2011 at 12:23 am and is filed under movies and tagged with contrivance. You can follow any responses to this entry through the RSS 2.0 feed.