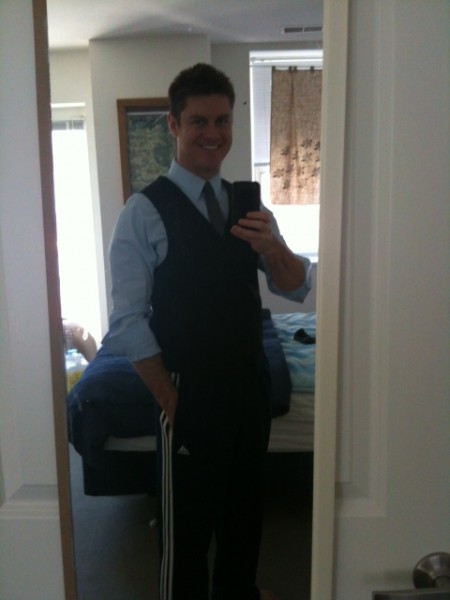 On Saturday, I held my eighth annual Festivus party, this one with a trashy/classy theme. Although my mullet never really filled in to the point of being recognizable, I dressed half and half for the theme.

I went into this party with the mentality that it might be the last big Festivus party I hold. I’m 30 now, and thus all of my friends are around my age too. Many have gotten married and some have kids. We’re already well past the turning point when we stop attending big house parties and going out to bars and clubs, instead opting for quieter dinner parties and game nights.

For the most part, I greatly prefer the smaller, more focused, low-key evenings. But once a year, I love playing host to a big party. Just in case this was going to be the last year I host Festivus, I decided to really go all out this year. I figured it would either spark a resurgence with a new generation of attendees, or I’d go out with a bang. 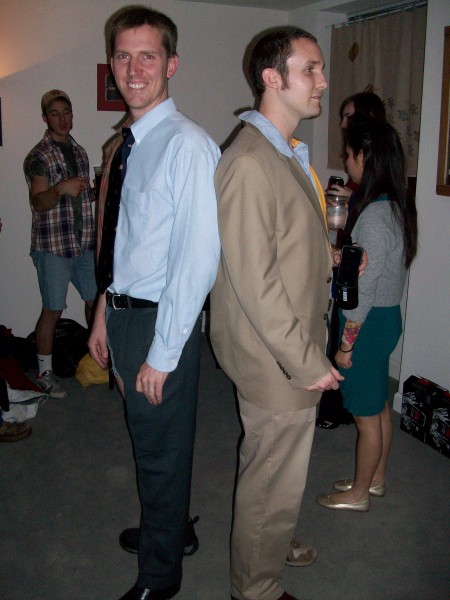 Objectively, the party was a huge success. People really embraced the theme, and they seemed to appreciate the Seinfeld-themed food I provided (96 homemade black-and-white cookies and 150 bite-sized Gus’ Pretzels) by eating almost all of it. They drank all of the giant beers I kept in a cooler at the entrance to my condo (what’s the first thing you do when you get to a party? You grab a drink.)

I also hired a bartender, a surprisingly easy and cost-effective choice thanks to craigslist. The concept of the bartender was a big hit–she made a ridiculous number of drinks, including at least 175 Seinfeld-themed shots (basedon the number of disposable shot glasses I provided).

The party was attended by somewhere between 60 and 80 people–there was a good 3 hours when ever room was packed with people. I loved that, and I’m so thankful that people came out despite the rain. Weather is never nice on Festivus. I invited everyone in my building and was pleased that some of them actually showed up. 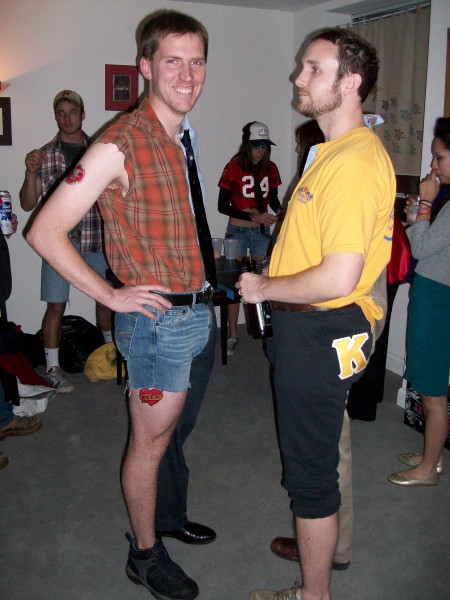 Dave and Trevor had some of the most thematic costumes at the party.

I probably spent as much time preparing for Festivus this past week as I spent on my full-time job. I intended to take a video either before or during the event, but I was way too busy trying to talk to everyone there. So at 2:30 am, after the last guests had left, I found myself with a very empty apartment and a Flip video camera.

If you watch the video below, you’ll see some things that I failed to talk about in the video, such as the feat of strength (Beer Four Square, a beer pong/four square hybrid that I invented a few years ago), the Festivus pole (in the corner in the VIP room), the VIP puppy that a friend provided, and the fact that Biddy spent most of the party surprising people by emerging from the bathroom cabinet when they were on the toilet.

My Festivus grievance selection committee is currently sorting and ranking the top 40 grievances, which I’ll post in groups of 10 starting tomorrow.

This entry was posted on Sunday, December 4th, 2011 at 11:49 pm and is filed under Festivus and tagged with humor. You can follow any responses to this entry through the RSS 2.0 feed.

12 Responses to “Festivus Vlog: The Aftermath”