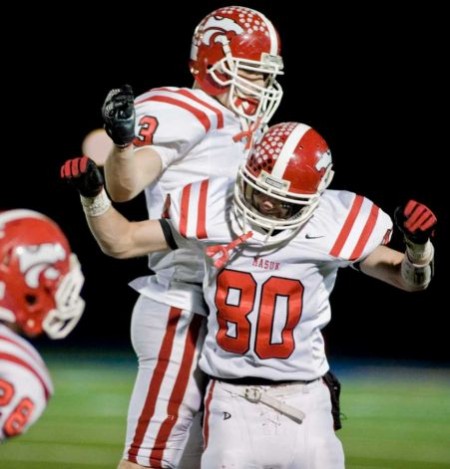 Over the course of history, we’ve seen an evolution in the way that athletes celebrate after scoring a point or winning the game. The ancient Aztecs celebrated a victory in ullamaliztli by scalping their opponents. The Romans exchanged undergarments with their teammates whenever they had a shot come particularly close to the pallino in bocce. And teams of Visigoths would pass epic bowel movements into the same bucket and ceremoniously deliver it to their opponents after winning at beer pong.

Modern-day athletes continue to celebrate in unique and ever-changing ways. There’s the butt pat, the high five, the fist pound, the chest bump, the hug, the kiss, the double kiss, the excited tangle, the victory dance, the pileup, the headbutt, and the uniform tear.

I love it when athletes celebrate as long as they’re not directly mocking the opponent. You just scored a touchdown or a goal in front of millions of people–celebrate! Let us feel your joy!

But there’s one type of celebration I really don’t understand: The type that puts you in physical danger.

Some examples of that are listed in my second paragraph. But there’s one such example that has become extremely prevalent in professional football and basketball: The midair celebratory bump.

You’ve seen this happen. A player scores a touchdown. One of his team mates runs over, and the two players jump into the air and basically bounce off each other.

Pretend that you’re a football coach observing this type of celebration from afar. You have highly paid 300-pound men jumping high in the air and colliding into one another, intentionally throwing both players off balance as they try to land on the ground. This is just asking for a torn Achilles or a strained ankle.

Is anyone else seeing what I’m seeing?!

I say let’s keep it clean from now on. Reduce the risk of injury and go back to the way the Romans did it. Especially if we’re talking about women’s beach volleyball.

This entry was posted on Friday, December 16th, 2011 at 12:24 am and is filed under guy talk and tagged with guy talk. You can follow any responses to this entry through the RSS 2.0 feed.