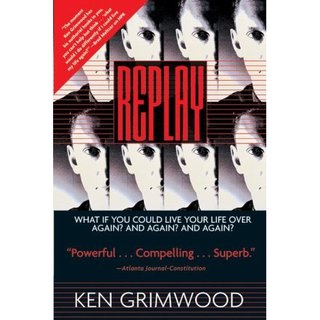 2011 was an interesting year for reading for me. My publishing company published its first two novels, The Samaritan and Dancing with Gravity, so I’ve learned a lot by being on the flip side of the publishing world. This fall I’ve spent quite a bit of time helping a few authors who didn’t quite get selected to Blank Slate Press, and even more time reading and rereading our newest author’s manuscript (due for publication in Spring 2011) and Fred Venturini’s new manuscript (he wrote The Samaritan).

But I also found time to read fiction by other publishing companies, of course. Here are my favorites of 2011 with brief summaries:

1. Replay by Ken Grimwood. An old man dies, and his consciousness travels back in time to his college self. Then it happens again.

2. Old Man’s War by John Scalzi. An old man is retrofitted with a new body in the future and gets to live a second life.

3. The Sacred Band by David Anthony Durham. The triumphant third book of the Acacia trilogy.

4. The Magicians by Lev Grossman. Harry Potter in college (complete with sex and cursing).

5. The Help by Kathryn Stockett. An alien race invades Earth and forces the lucky few survivors to be their space janitors. (Just kidding. It’s about African American servitude in the south in the 1960s.)

6. Daughter of Smoke and Bone by Laini Taylor. A young woman collects teeth for a demon.

7. A Visit from the Goon Squad by Jennifer Egan. A collection of connected short stories, many of them music-related.

8. Q by Evan J. Mandery. Just before marrying the love of his life, a man is visited by his future self and told not to marry the woman.

This entry was posted on Thursday, January 5th, 2012 at 7:36 pm and is filed under books, favorites and tagged with favorites. You can follow any responses to this entry through the RSS 2.0 feed.