I talk a lot about grandiose ideas on this blog, but I have to admit, I rarely follow through. When I make these promises, I firmly intend to follow through, but later I’m either not excited about the idea any more or it seems like a lot of work.

A lot of these promises are related to some sort of vote or poll or comment, and so I owe it to you, the fine people of America, Canada, and Easter Island, to update you on my lack of follow-through. As far as I can recall, here are all of the big promises I’ve made on this blog and the current state of those promises:

Promise: I’m going to patent the idea of sunroofs with rain sensors, contact Toyota, and as soon as July ’09, every Prius will have a sunroof that you can leave open while you’re at work. Status: Following 2008’s March of Mad Ideas in which people voted on a number of my crazy ideas for one that I would actually pursue, the winning selection was declared to be a type of car sunroof that could stay open during hot summer days so that cars don’t overheat in the parking lot and then automatically close if they sensed raindrops. After months of thinking I was brilliant, I discovered that this is an add-on you can get for any car for about $150.

Promise: I’m going to kiss the following types of women. Status: In a blog entry called How to Ask Out Your Waitress, I casually listed a few different types of women that I’d like to kiss. See the checklist below for the various results:

Promise: Complete my 27-step plan for asking out a specific hot waitress at the sushi restaurant Wasabi. Status: I got to Step 7, and then she stopped working there.

Promise: I’m going to write a series of connected stories about a leap hour. Status: I asked for feedback from readers about what they’d do with a free, consequence-free hour every year. By the time I left Ireland, I had written four or five of the stories, several based on reader ideas, but I haven’t returned to it since. The concept has promise, so I do intend to finish it.

Promise: I’m going to write a book about adopting habits for one year that will add to my longevity. Status: I loved the concept of this book, but I realized in the end that I’m not all that excited about living forever. I’m not someone who wants to live until I’m 150 or whatever. I’d like to live a nice, healthy, satisfying, enriching 80-year life. Then I’m happy to yield my spot to people who can better use the earth’s resources. Or, in other words, a whole year without Popeye’s fried chicken seemed really sad.

Promise: I’m going to put this prank magnet back on my car until someone calls me asking for free cat care. Status: I didn’t put it back on my car, but I did slap it on the car of the coworker who originally created the sign. She drove around with it for a few days and yet no one called the number.

Promise: I’m going to name my new cat based on reader ideas. Status: Victory! I’ve fulfilled one of my promises. I’ve chosen the name Walter.

Promise: I’m going to make a “sh*t _______ says” meme. Status: I had what I thought was a very funny idea for one of these, but it seemed like a lot of work. So I made this instead: 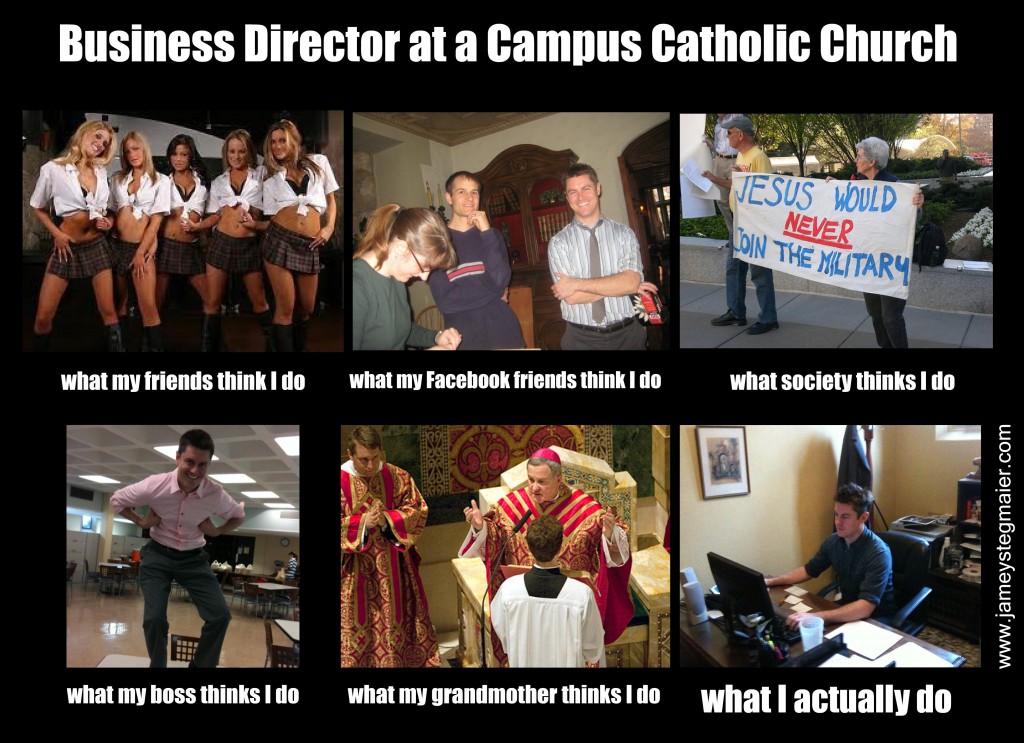 I’m sure I’m not the only one who doesn’t keep the promises I make. What are some promises you’ve made to yourself (resolutions?) or friends/family that you haven’t kept?

This entry was posted on Monday, February 20th, 2012 at 11:34 pm and is filed under best of the blog, personal and tagged with personal. You can follow any responses to this entry through the RSS 2.0 feed.