HOLLYWOOD, California (AP) – Following the fastest box-office ascent to $251 million domestically for a non-sequel, Lionsgate Entertainment announced a reality-show spinoff for The Hunger Games set to premier in fall ’12.

Although the show will not include any death or violence, it will otherwise follow the model of the competition described Suzanne Collins’ breakout YA series. The winner of the show will be awarded a house and a lifetime supply of Totino’s-brand pizzas and pizza pockets. 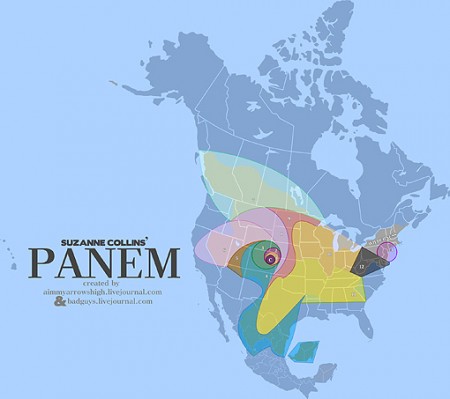 “The nation will be divided into 12 districts,” announced Lionsgate head of marketing Tom Pallen. “Anyone from the age of 12 to 18 may enter the lottery, and two tributes–one male, one female–will be randomly selected from each district.”

“No one may volunteer as tribute for the Totino’s Party Pizza Hunger Games,” he clarified.

Much to the disappointment of fans of the trilogy, contestants will eliminate each other using laser- and paint-based weapons in addition to flag-football ribbons. To space out the length of the Totino’s Party Pizza Hunger Games, which YA experts estimate would be over in about 30 minutes, only the first person taken out each day will be eliminated from the competition.

“Child labor laws forbid anyone under 18 from working more a few hours each day,” said Pallen. “If no one has been dispatched within 4 hours each day, all contestants live another day. Thus each episode will not necessarily end with an elimination.”

The daily break will also give contestants time to give the confessionals that are common on reality TV shows like Survivor and Top Chef, as well as form alliances and friendships that will inevitably be broken.

Pallen noted that the concept of sponsorships as described by Collins would remain largely the same. Fans of the contestants may contribute $1 each for different types of gear to support the tributes, with the gear getting more expensive as the games continue. “Early on, a Dasani water may cost $500, meaning that 500 individuals must support that tribute,” said Pallen. “But if that contestant survives until the final few days of the competition, that same bottle of water might cost $20,000.”

Pallen reiterated that when he uses words like “survive,” he does not mean them literally, causing the reporters to boo repeatedly.

Some other details from the press conference:

“May the odds ever be in your favor,” Pallen said, before yelling in a shrill voice, “Primrose Everdeen!”

This entry was posted on Sunday, April 1st, 2012 at 2:50 pm and is filed under April Fools, humor, Newsflash and tagged with humor. You can follow any responses to this entry through the RSS 2.0 feed.