Best Blog Comments of May 2012

Thanks to everyone who contributed to the conversation that is this blog with their thoughts and insights this month. Here are some of my favorite comments from May:

Josh wins the Taking Science Fiction Seriously Award for this comment on my entry about how backwards time travel doesn’t work:

You seem to know an awful lot about time travel for someone that supposedly hasn’t done any actual time travel or had experience creating alternate realities. Unless of course you’re really a cyborg sent from the future to kill me, preventing me from saving the human race after the robot apocalypse…

Actually that makes a lot of sense. Well guess what, cyborg Stegmaier? I’M ON TO YOU. CAN’T KILL ME IF I GET YOU FIRST.

It’s on. Nothing personal, just for the future of the existence of the human race. I’m sure you understand.

Most of you probably didn’t catch this one because it was on an old entry about first IM names, but it was posted this month by Ansley and is definitely worth sharing:

I was 15, going on 16. We had just gotten a computer and we were rationed 40 hours/month on it. Dad was UBER strict about our time limits and checked out everything we did, including chat rooms. I thought chatting was super cool and so I snuck downstairs to the basement to chat after they went to bed.

Anyway…..as Dad was the gatekeeper to The Internet, he chose our names. Keep in mind that my family is pretty conservative, Christian and I was sheltered growing up. My Christian father came up with the name of all names to represent his only daughter on the World Wide Web.

Let’s just say I was propositioned a whole lot.

I don’t necessarily agree with all of the things on Brad’s list of things he’d do if he were King of Memphis, but it’s still Comments of the Month worthy:

A W-2 will be required to buy alcohol.
A license will be required to procreate.
If you let someone into traffic and they do not wave, you will be allowed to bump them.
You must be within a quarter mile of water to wear flip flops.
Telling someone about last night’s dream without being asked will be a felony.
Schools will not be allowed to teach that no two snowflakes are alike, as this is the dumbest thing I have ever heard. 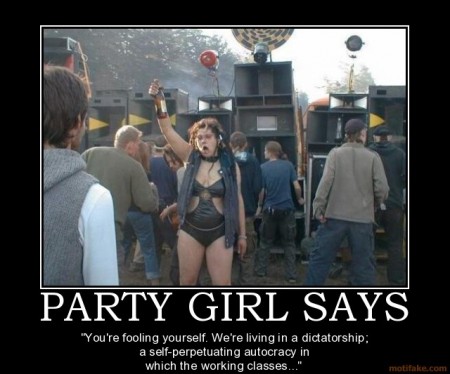 Anne shared an amazing story that was tangentially related to a guest post about butt-dialing:

A few years ago I went to a concert with a guy I was dating at the time. There was this super annoying girl at the table next to us (small venue) and she was TRASHED. It was apparently her birthday, because she kept screaming IT’S MY BIIIIIRRRRTHDAAAAAAY! during all the quiet parts of the songs.

The next night, the guy and I came back to the same venue for a different show. We started making fun of the Birthday Girl, impersonating her drunken behavior, and suddenly I felt someone tap me on the shoulder.

It was the girl next to us.

“That was my friend,” she said. “The girl your making fun of. She’s my best friend. It was her birthday. She was just having fun.”

AND THEN WE DIED.

This was by far the tamest result when searching on Google for "strawberry erotica." Just trust me on this one. You can't unsee what I've seen.

Katie wins by a long shot for Best Fruit Erotica on my entry about strawberry picking:

He fondled each berry in his hand, caressing his fingers over the soft skin, feeling it yield to his gentle pressure.

Yes, this one was ready.

It was practically calling his name, begging to be taken home and willing to submit to his every desire. Juices, james, jellies; if that’s what he wanted, it would not put up a fight. It could imagine the cool water gliding over its flesh as he rinsed it off in the sink. The way his hands plucked off the stems as nimbly as undoing buttons on a shirt. He would prepare to feast–no, gorge–on the sweetness all night long, until he could take no more…

Emma’s story on my entry about blind baseball gets the Warms My Heart award for May:

Sometime in the last year, I was on a MetroBus riding down Manchester. We were stopped in busy traffic, and out of the window we saw a woman walking with a walker fall down on the sidewalk. Without a word, 3 male passengers jumped up, the driver opened the door, they assisted her, picked up her things, steadied her, sent her on her way, and re-boarded the bus. Were we perhaps a minute delayed? Yes. Was my heart hopeful that there was no doubt/arguing/reasoning communicated among anyone involved about doing whatever it took to help that woman? You bet. I know public transit gets a lot of flack and fear in STL, but I’ll stand behind that community any day.

Last, Red had me cracking up about dwarf-hobbit hybrids on my post about author photos:

And, for god’s sake, if you’re going to be a fantasy writer, don’t let anyone catch you creating any dwarf-hobbit hybrids. They lose the strength to wield a war axe, but bulk up enough that they can’t tip-toe through the glen undetected; even if they are good with a bowstaff.

You can see the best comments from last month here.

This entry was posted on Thursday, May 31st, 2012 at 10:19 pm and is filed under best of the blog, superlatives and tagged with superlatives. You can follow any responses to this entry through the RSS 2.0 feed.