The 5-Year Anniversary: The Georgia Peach 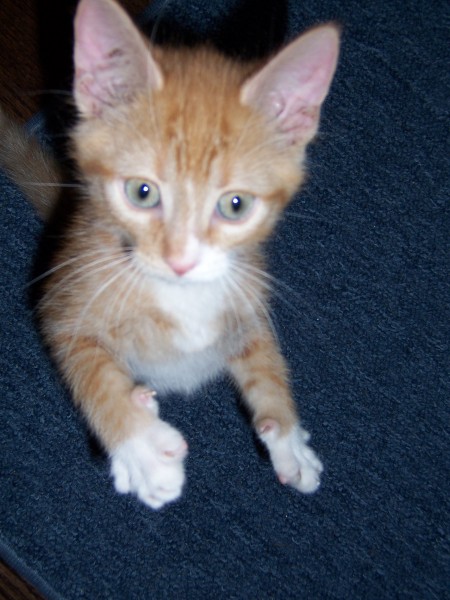 For your reference, here's what Biddy looked like 5 years ago. If your heart just imploded from cuteness overload, I apologize.

Today marks the 5-year anniversary of this blog. That’s right, I started writing way back on June 5, 2007. I didn’t think I’d write much, but within a few weeks I was writing 5 times a week. That means I’ve written about 1,300 blog entries over the last 5 years.

I used LiveJournal back then. My blog entries were unfocused but decent–I just went back and read a bunch of them, and I was pleasantly surprised. I might repost one tomorrow that generated particularly good conversation. Since conversation has evolved into the the purpose of my blog, that seems appropriate.

But today I want to share a little treat with you. Back in 2007 I was living with a girlfriend who had a truly superb sense of humor. Every once in a while she’d share that humor with my blog readers in the form of special entries that mocked me and my quirks. I love self-deprecating humor, so hosting those entries in this space was pleasure for me.

While I was reliving the early glory days of my blog, I looked back at a few of these entries, and they’ve withstood the test of time. The entry below is the best of the best, so I have reposted it in its original glory below.

A Georgia Peach…and I’m not talking about the drink

Jamey and I recently went to a wedding in Savannah, Georgia. We met up with a couple of friends while we were there and decided to go get some drinks before the rehearsal dinner. A few people ordered beers, I ordered a gin and soda, and Jamey, always classy, ordered off of the bar’s extensive martini list. His selection, which he claimed would “refresh and invigorate him,” was the Georgia Peach. 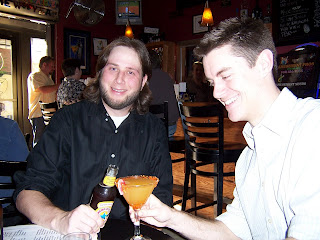 This is a classic Jamey move, and by now, being used to his ridiculousness, I figured that the waitress would bring him a peach-colored martini, we’d all exchange concerned looks as he got all excited, and then we’d move on. But alas, it was not that easy.

The drink they brought Jamey was bright orange, in a martini glass, and had hot orange sugar and a peachy-0 delicately balanced on the rim of the glass (apparently the piece de resistance of the Georgia Peach martini).

I comforted myself with the thought that at least we were in a tiny, dark bar and no one but the waitress would really every know what Jamey ordered. Just as I breathed a sigh of relief, Jamey asked the waitress, “Are we allowed to take our drinks to the park?”, and points to one of the nearby, garden-esque squares that Savannah is so famous for.

Of course we were allowed to drink in the park. So much to my chagrin, Jamey paraded into the square, Georgia Peach in hand. In full view of the public.

Jamey proceeded to nurse his fluorescent, pretty drink for the next hour while trying to side-step and nonchalantly dance his way into an old-people party in the square that was unfortunate enough to be right by where we were sitting. Inhibitions in full command (despite the fact that he claimed his drink was “unusually strong”), Jamey didn’t get more than a few feet away from our bench before turning back.

All of this is pretty standard if you know Jamey, but I promise you, this drink took things to the next level—a level you can only fully appreciate by seeing it for yourself! See Exhibit A, above.

This entry was posted on Monday, June 4th, 2012 at 10:16 pm and is filed under best of the blog, humor and tagged with humor. You can follow any responses to this entry through the RSS 2.0 feed.

15 Responses to “The 5-Year Anniversary: The Georgia Peach”