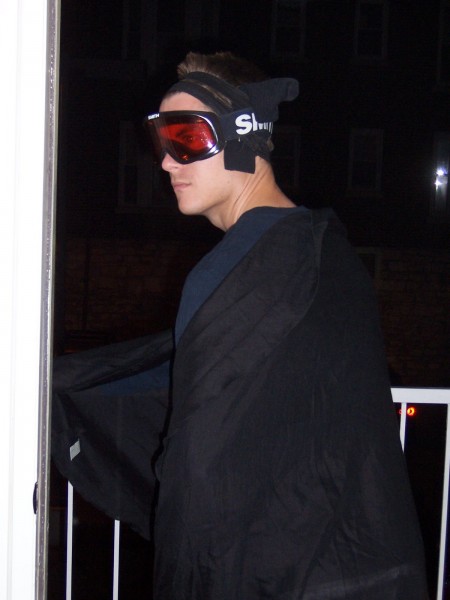 This is a spoiler-free post about The Dark Knight Rises: Christopher Nolan, Bane, gun control, and an Aurora miracle.

After being awestruck by The Dark Knight a few years ago (5 years ago, to be exact. Wow. Time really flies when you get old), I was really looking forward to the final chapter of Christopher Nolan’s Dark Knight Trilogy. I’m not going to say much about the movie so you can enjoy it without my influence, but I’ll say that despite it’s flaws, it’s a remarkable feat of big-screen filmmaking, and it’s worthy of the 4.5 stars I gave it (out of 5).

I also have something to say about Bane, the main bad guy in the movie. He’s the guy with the bald head and the freaky mask. He’s supposed to be a very scary character, and in real life I’m sure he’d be very menacing.

BUT…in the movie he’s surrounded by people (usually bad guys, but sometimes good guys) who have guns. So I couldn’t help but wondering during the movie, “Why don’t they just shoot him? Even just in the arm. Shoot him in the arm.”

This point is not as much about Bane as it is the presence of guns in movies. I found it hard to acknowledge Bane as a truly fearsome bad guy because I knew that someone could just shoot him at any time. I wonder about this for other movies as well. With the proliferation of guns, will bad guys ever be scary again?

Speaking of guns, Jason Alexander of Seinfeld fame posted a long blog entry about gun control (specifically, automatic weapons) that pretty much says it all for me. It’s worth reading no matter what side of the gun fence you’re on.

Last, I don’t have much to say about the tragedy in Aurora other than it’s so, so sad. I literally broke down in tears when I read about it Friday morning. Today a friend posted this article on Facebook about a young woman named Petra Anderson, and I’m bewildered, amazed, and moved by the revelation in this post. It involves one of the bullets that entered Petra’s body through her nose, went through her brain, and ended up lodged in the back of her skull:

The doctor explains that Petra’s brain has had from birth a small “defect” in it. It is a tiny channel of fluid running through her skull, like a tiny vein through marble, or a small hole in an oak board, winding from front to rear.  Only a CAT scan would catch it, and Petra would have never noticed it.

But in Petra’s case, the shotgun buck shot, maybe even the size used for deer hunting, enters her brain from the exact point of this defect. Like a marble through a small tube, the defect channels the bullet from Petra’s nose through her brain.

It’s…well, it’s kind of dumbfounding, isn’t it? It’s literally a miracle. I think I’m struggling with it because it goes against the logic of my personal beliefs–that God doesn’t pick and choose who lives, who suffers, and who dies–rather, God suffers with us and rejoices with us–but there it is, right in front of me, a bonafide miracle 22 years in the making. I’m stumped. And that’s okay. I don’t think we can explain everything happens in this vast universe, and I’m not going to try to explain something that I can’t possibly understand. But I can say that it’s pretty cool, and I’m happy for Petra.

This entry was posted on Tuesday, July 24th, 2012 at 12:44 am and is filed under movies and tagged with movies. You can follow any responses to this entry through the RSS 2.0 feed.