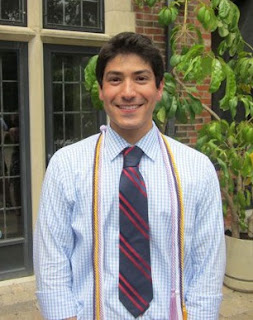 A few months ago, one of the college students who spent some time at the campus church where I work had corrective back surgery. While Marc was recovering, he wrote to me asking for my opinion about a way that he could share his story.

As I do when people ask me for advice about starting a blog or writing a novel because they feel like they might have a story to tell, I recommended that Marc take one week to write whatever came to mind about his story, and that he shouldn’t share it with anyone (including me). The idea is that when you’re granted the freedom of privacy–even when you want to tell your story–you’ll be more vulnerable in your writing. And you’ll probably realize what you’re comfortable sharing with people.

Usually when I recommend this exercise, the person doesn’t write anything. After all, it’s a lot easier to talk about doing something than actual doing something. But not Marc. Marc wrote an incredible story detailing his surgery, and he decided that he wanted to share it with the world to help other adults with scoliosis. He did some research and found another blog on the subject, and today Marc is a published author. I highly recommend you check out his entry here.

Also, two quick notes: I will do the best comments of the month entry sometime this week. Also, the Kickstarter campaign is doing well, and we’re just 6 backers away from 250 total. According to the stats, the number of backers who went through this blog is fewer than the number of backers who discovered the project in Kickstarter’s “recently launched” section in the hours after the campaign went live (see below). That number will never change, because the project will never appear in the “recently launched” section again.

But the number of pledges through my blog can change…if you help. Even a $1 pledge would be awesome (the reward for that pledge is that Alan and I will toast you with a hearty sip of wine on camera after the project ends). If it would make you happy to make me happy, click through to the project page to pledge. Thanks!

This entry was posted on Monday, September 3rd, 2012 at 1:35 am and is filed under guest entry and tagged with board game. You can follow any responses to this entry through the RSS 2.0 feed.