Katie Accidentally Drank Milk That Had Been Expired for Three Days: A Survivor’s True Tale of Survival Against All Odds

Reader and long-form commenter Katie recently told me that she had experienced a Survivor’s True Tale of Survival. I urged her to tell her story, and I’m so glad she wrote it. Check out the harrowing tale below. And I promise that I’ll get back to writing my own blog tomorrow.

I used to think that life was so easy.  Work hard and keep your eye on the prize and good things will surely come your way.

I used to think that.  But I was wrong.

I am Katie James and I am a survivor.  This is my story. 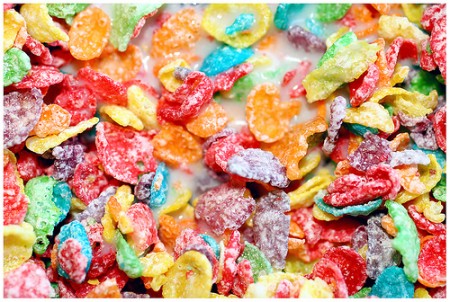 It was a day like any other.  I got out of bed and reached for the old breakfast standby: Fruity Pebbles.   I poured the milk on top and headed towards the couch, turning on an episode of the BBC’s Sherlock.  The only thing more fun than saying “Benedict Cumberbatch” is watching Benedict Cumberbatch, and I intended to catch up on season two.  It wasn’t an exciting Saturday morning, but it would be nice to get some rest after a hectic week.

Little did I know that all that I held dear was about to come crashing down.

Finished with my first bowl of cereal, I decided that I needed just a little more fruity goodness.  I headed back towards the kitchen and filled my dish again.  “That Fred Flintstone has quite the stylish loincloth”, I jealously observed.

Then, out of the corner of my eye, I noticed it.  My face twisted in horror.

The milk.  It was three days past the expiration date.

It mattered not that the milk smelled and tasted fine.  As we all know, the expiration date is the driving force behind the milk’s nutrition.  When consumed before that date, calcium and vitamin D fortify your bones and make you strong enough to fight a saber tooth tiger even after a long day of hunting and gathering for your clan.  But at 12:01am on the day after the expiration date, all hell breaks loose inside of the milk jug.  Alien parasites multiply by the thousands every second, waiting to prey upon an unsuspecting host.  And I had just given them the perfect entrance. 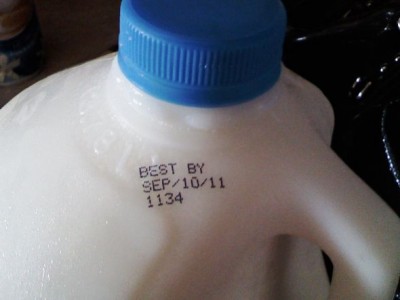 I went into survival mode.  Drawing on both my natural instincts and tips garnered from my friend Jamey’s own harrowing tales, I immediately stripped off my clothes.  I sharpened a rock and used that and my teeth to construct a loincloth out of the Fruity Pebbles box.  Scissors were of no use to me.  It was scant, even as far as loincloths go, but it would suffice.   I gathered my remaining clothes in the middle of my living room and constructed a bonfire for warmth; I was already beginning to get chilled.  At first I thought it may have been from my lack of clothing, but then I realized that I was wrong.  The parasites had begun to invade my system and were using my heat to keep themselves alive and multiply.

I lay down and pressed on my stomach, expecting to feel it pulsating like that guy from Alien just before that creature burst out of his midsection.  I pressed harder and harder and then it started to hurt exactly where I was pressing.  I’d found the parasites.  “Damn you”, I thought.  “I’m not going down without a fight.”

Hospitals and their magic potions and spells were of no use to me.  This was a war that would be waged by me alone.  Woman against parasites.  David against Goliath.  My instinct told me that perhaps the parasites could be drowned inside of me.  I got to the sink as quickly as I could and turned on the faucet.  Water streamed into my mouth as I tilted my head to drink straight from the tap.  I gulped for what seemed 20 minutes, determined to make this work.

I waited.  An hour later, I headed for the bathroom, hardly able to get there before I wet myself.  They must have outsmarted me and started attacking my bladder.  How else to explain this sudden bathroom urgency?  Well done, parasites.  Well done.  But this isn’t over yet.

However, I did start to question my fortitude.  Just in case something happened, I needed to let my family know what my downfall had been.  However a simple note would not suffice.  Given the shared love that my father and I have for Sherlock Holmes, I knew that strategic clues were the only way to go.  I scrounged up some paper and a pencil and began a sketch of a cow.  Once complete, I stepped back and examined my work.

I was horrified with what I saw.  The parasites had obviously started to affect my motor skills.  That could be the only logical reason for the dog/cow/horse monstrosity that stared back at me.  I signed the bottom of the sketch “Sean Penn, 2008.” 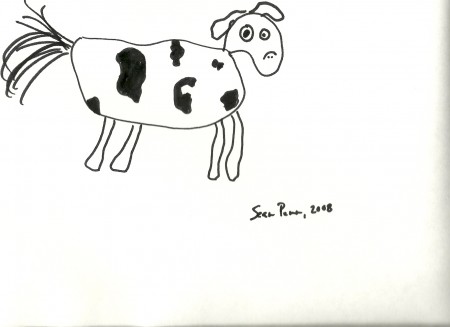 Night was beginning to fall and I knew that time was running out.  Desperate to defeat them, I decided that overpowering the parasites from the inside might be my best option.  I cooked a large meal over the bonfire and hungrily attacked it like a wild beast.  Stuffed, I hobbled over to the couch to lie down.  I could feel my eyes beginning to close against my will.

This is it.  The parasites have won.  Goodbye, sweet world.  Our time together was much too short.  I began to think about all of the things I wish I’d done.  I should have followed my dreams and started that Bacon Emporium.  I should have frolicked through more fields naked.  I should have spent more time flossing.

So many words left unsaid, never to be spoken now.  Such sorrow.  Such regret.  I drifted off into an eternal slumber under the gaze of the moon…

My eyes flickered open, then closed against the bright morning sun.  I slowly realized that a new day had dawned, and I was here to see it.  But how could that be?  Had it all been a dream?  No.  I glanced down at my stomach and saw the bruises—they were roughly the size and shape of fingerprints.  It was quite clear that the alien parasites had been fighting from the inside to get out, but I was too strong for them.  By sheer willpower I had defeated them.

I had survived.  Because that’s what survivors do.

Many thanks are owed to my friend Jamey.  I have no doubt that had he not told his own survival stories, however painful, that I would not have been prepared to wage my fight against the enemy.  And it was because of him that I found my own inner courage to tell this story.

So I say this to you in closing, loyal blog readers: stay strong.  Fight the good fight.  And always check the expiration date on the milk carton.

This entry was posted on Wednesday, September 12th, 2012 at 11:11 pm and is filed under guest entry, humor and tagged with survival. You can follow any responses to this entry through the RSS 2.0 feed.

4 Responses to “Katie Accidentally Drank Milk That Had Been Expired for Three Days: A Survivor’s True Tale of Survival Against All Odds”