Leadership Tactic #80: How to Sing so People Hear You 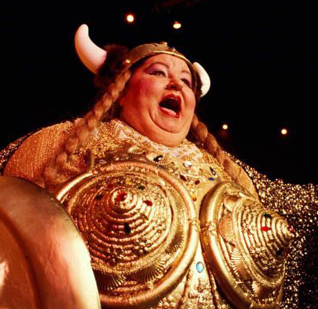 When I was a kid, I thought that singing at church was a competition.

I partially blame the other (albeit unwitting) participant in this competition: a middle-aged man who always sat about 5 rows away from my family. He was a loud singer. A good singer, but a loud one.

This annoyed me, so I sang louder.

Although it’s not logical at all, it made sense at the time. The only way to show this man that his loud singing was uncalled for was to sing louder than him.

I should note here that I am a terrible singer in a family of amazing singers. My dad sings country songs. My mom sings the sweetest lullabies. My sister was a choir virtuoso at church, and my brother traveled the world with an elite a capella group. I’m the odd one out.

So every Sunday for years, I’d show up at church for that week’s singing competition. I think the man might have noticed the skinny little kid giving him the evil eye at some point. But it didn’t stop him from singing loudly, so I refused to relent.

One day after church, my dad turned to me and said, “Jamey, you do know that you’re yelling during the songs, right?”

Yelling wasn’t what I was going for–I actually thought I was halfway decent when I sang at a high volume. But I was embarrassed to learn that’s how others perceived me, and I put a stop to the singing competition. The middle-aged dude won.

The application to leadership is this: Sometimes you think you’re singing loudly, but really you’re just yelling. People tend to tune you out when you yell. Maybe you’re blasting Facebook about your political views in a way that you think is eloquent. Maybe you mass e-mailed a ton of people about a charity run you’re doing instead of giving them the common courtesy of e-mailing them individually. Maybe you blog purely for the purpose of self-promotion instead of thinking about information that your readers might find useful.

You don’t do these things every day, but every once in a while you’re going to have the choice to yell or to sing at a reasonable level. It might be easier to yell, and maybe a few people will hear you. But most people will instantly tune you out.

Can you think of an example of this? Something you saw or did?

Note: I hope this goes without saying, but this entry is directed towards no one in particular. I thought of it while I was singing in church the other day, that’s all. I was singing at a reasonable, if not low, volume.

This entry was posted on Monday, September 17th, 2012 at 12:31 am and is filed under leadership and tagged with leadership. You can follow any responses to this entry through the RSS 2.0 feed.