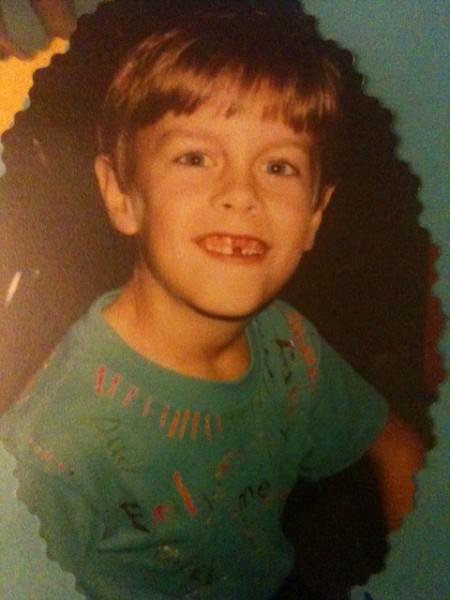 This is me at 8 years old, around the time I had my first crush. Ladies love missing teeth.

I hope you remember your first crush. I sure do.

In the greater scheme of things, the first crush means nothing. It’s puppy love, nothing more. But I think it’s one of the first times–if not the first time–that we get to experience a feeling that we’re fully aware of and yet we don’t understand at all. It’s confusing and wonderful at the same time. I think that’s why it sticks in our memories.

My first crush was Rebecca G in second grade.

Sure, I had little playground crushes before that, but nothing like this. She had golden blonde hair, a beautiful smile, and she radiated kindness. I was sure we were to marry.

We were in the same class, but we barely knew one another. I was too shy to talk to her unless we were in the same group for an activity. I remember that I once was placed in her group after counting off, but I was asked to switch to a different group because of some logistics issue. I was a very accommodating kid, so the teacher probably didn’t think it would be an issue. But I refused to switch. At least, refused until I no longer had a choice, but I did my best. 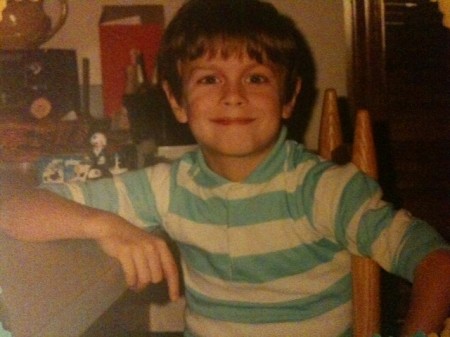 I wish I had a childhood photo of Rebecca, but instead I offer you another one of me.

I don’t remember much else about that second grade class with Rebecca G, but I do remember the one other way that I expressed my feelings to her: I pulled the chair out from under her as she went to sit down one day.

It was a terrible thing to do, and I was not a child who did terrible things like that, but it made sense at the time. I wouldn’t have done it to anyone else in the class. It was basically my way of saying, “Love me!”

Rebecca G is now married with a kid on the way (not my kid). She’s an adult, with so many years between the time of the crush–the time when I knew her–and now. So many experiences and jobs and friends and schools. So many things to bridge the gap between second grade golden girl and 31-year-old wife.

But I’ll always know her as my first crush.

Who was your first crush? How did you express your feelings to that person?

This entry was posted on Monday, September 10th, 2012 at 12:30 am and is filed under personal and tagged with personal. You can follow any responses to this entry through the RSS 2.0 feed.

9 Responses to “My First Crush”