Last week I mentioned that through my Kickstarter campaign I had offered my backers a chance to enter in a Pinterest caption contest. The winner will receive a copy of the game/expansion in addition to their current pledge.

I’m going to invite all of my amazing backers to vote on this poll, but I also wanted to give some impartial voters the chance to vote. This poll will remain open until Saturday evening. Each person may vote twice, and you’re welcome to solicit votes from friends.

There were lots of amazing captions entered here on Pinterest, but these are my favorites from each one. You’re voting for the best overall caption, as seen on each photo. These were all really hard decisions, by the way. I have some clever backers. 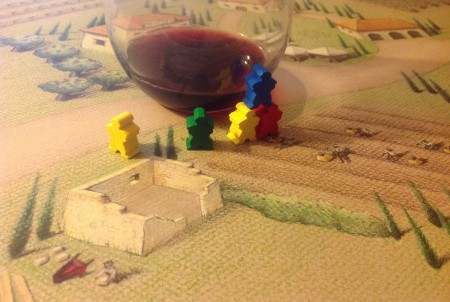 Other favorites: “Once you get in there, how do you plan on getting out?” – yellow guy off to the side (Stephen S.)

“Are you seeing visions of the future oh great blue oracle?” “Yes – we will all be very drunk soon.” (Mike I.) 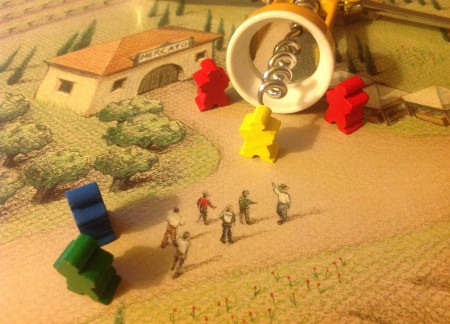 “And over here on our left, we have a re-enactment of an execution during the fabled Wine Wars between the ruthless Cabernets and the peaceful Zinfandels.” (Stephen S.)

“We can do this the hard way or the easy way– just tell us where you hid the wine and nobody gets hurt.” (Katy A.) 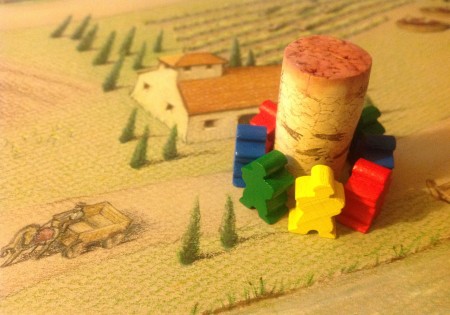 Ring Around the Rosés (Mike H.)

Other favorites: “Lift with your knees” “Dude, we don’t have knees!” (Jeff E.)

This entry was posted on Tuesday, September 11th, 2012 at 12:30 am and is filed under Uncategorized and tagged with board game. You can follow any responses to this entry through the RSS 2.0 feed.