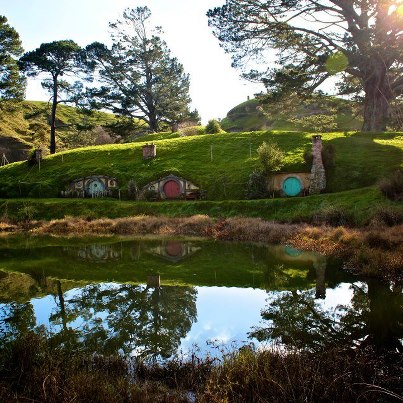 Pros: In Hobbiton, you’re surrounded by lush, rolling fields and snuggly hobbits. Life moves at a slow pace in Hobbiton, and the pubs are always packed by 5:00. There’s plenty of space to throw a frisbee or kick a soccer ball around, and you’re so far removed from the rest of Middle Earth that you rarely have to worry about being scourged. Also, houses in Hobbiton are rustic and beautiful, perfect for writers and artists looking for their muse.

Cons: Hobbits probably aren’t as snuggly as they look. In fact, they an argumentative, irritable people prone to saying they “can’t go on” even for the shortest of hikes. Their houses are tiny for us humans, and you’re sure to develop a permanent slouch after living in one for long. Also, even though you’re really far away from the rest of the world, you miss out on a lot of the action that happens in the east. It’s rare that anything epic happens in Hobbiton. 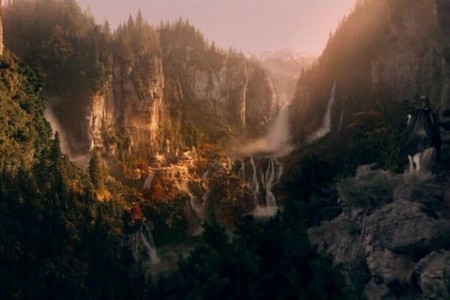 Pros: Rivendell is rife with incredible waterfalls, cliffs, and greenery. You’ll need your iPhone camera constantly out to shoot the latest vista or sunset. There’s a lot of history in Rivendell, given that the elves are immortal. You’ll be privy to the occasional board meeting of elders of all races, and even the eagles drop in from time to time. Oh, and the health care is excellent.

Cons: As pretty as the elves are, they’re immortal. You’re not. You’re going to rub each other the wrong way eventually, and the elves will start hinting that you should take a pleasure cruise from the Grey Havens. There’s very little to do in Rivendell except walk around and look at stuff. I doubt there’s even paddle boating at the bottom of that basin.

So what’s your pick, and why?

This entry was posted on Wednesday, September 5th, 2012 at 1:32 am and is filed under movies, poll. You can follow any responses to this entry through the RSS 2.0 feed.

7 Responses to “Would You Rather Live in Hobbiton or Rivendell?”