Pet Please #77: Learning That an Innocent-Sounding Song Is Actually Quite Naughty 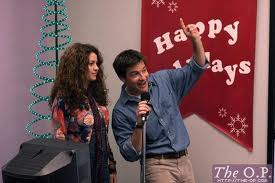 Have you caught yourself bobbing your head to “Home” by Edward Sharpe and the Magnetic Zeroes lately? It’s that peppy song with the whistling. Just an innocent little ditty about coming home with someone you care about, right?

“Bobbing” might be the only accurate modifier for that song, because apparently that song is about oral sex.

If this is news to you, join the club. I just found out yesterday. I really need to start listening to the words of songs. [Update 10/4/12 at 6:03 pm: “Home” is NOT actually about oral sex! The actual song that people were talking about is “Whistle” by Flo Ri Da. Which makes much more sense. Let’s simplify things and pretend that “Home” is also dirty.]

But even for those of you who know every word of every song, I’m sure there’s been at least once that someone has told you that the innocent-sounding song you’re singing along with is actually quite naughty.

Isn’t it kind of awesome when that happens? It changes your entire frame of reference. And you probably realize that you’ve been singing/playing the song at completely inappropriate times.

One such song that I particularly connect with is “Afternoon Delight.” My parents used to play it all the time when I was young, and so for me it was just a fun song about being playful in the afternoon.

Then one day as an adult I was watching the episode of Arrested Development, and there’s a hilarious scene in which Michael realizes how naughty “Afternoon Delight” is during a duet with his niece. And that’s how I learned what that song is really about.

The only other song that comes to mine is that Superman hip-hop song. Can you think of any others? Hopefully you’ll have a good story about when you realized what the song was really about.

This entry was posted on Thursday, October 4th, 2012 at 2:34 am and is filed under pet please. You can follow any responses to this entry through the RSS 2.0 feed.

9 Responses to “Pet Please #77: Learning That an Innocent-Sounding Song Is Actually Quite Naughty”