If you’re a guy who has tried online dating, I almost guarantee that you’ve probably had a conversation like this by text or e-mail before the first date:

YOU: Would you like to meet up for drinks sometime this week?

HER: Sure, I’m free Thursday.

YOU: Perfect. Do you want to meet there, or should I pick you up…?

HER: Let’s meet there. I need to make sure you’re not a serial killer, LOL.

YOU (trying to figure out what a serial killer would say in response so that you can say anything but that): Sure, sounds good! 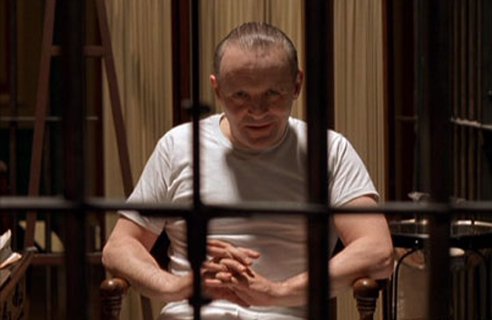 There are many variations of this conversation, and they usually happen before the first date. Sometimes it’s about the ride (although I rarely even offer that anymore since I usually get drinks after work for a first date, so both of us have separate cars). Sometimes it’s about the location. But the point is that I’ve heard the “serial killer” line at least a handful of times.

I don’t think I’m alone here–rather, I think this is a throwaway line that women use all too often. I think there is an important truth underlying that line that I’ll get to in a minute, but it’s the line itself that always makes me uncomfortable when I hear it.

The line says a couple things to me when I heard it. The first is, “I don’t trust you.” Of course, there’s no reason for the woman to trust me yet. We haven’t met. However, I haven’t done anything for the woman NOT to trust me either, so why is the default a lack of trust?

The other thing I hear is that a truly terrible label is being applied to me by someone who doesn’t even know me. That’s disappointing to me, and it certainly never feels good to hear. You’re telling me–albeit in a half-joking, LOL kind of way–that a part of you is worried that I’m a murderer. Not just any murderer, but someone who gets off on the thrill of murdering a series of people. Isn’t that a terrible thing to suggest to someone you don’t even know? Even in a joking way.

Now let’s get to the root of that phrase, because I think there is a very real fear there that has nothing to do with accidentally going on a date with a serial killer: Women are afraid of being hurt or violated on a date. There are many women I know who have gone on dates with guys who turned out to be really creepy, guys who stalked them  or forced them to do things they didn’t want to do. This is a legitimate fear.

However, the majority of first dates happen in public areas–bars, restaurants, parks, etc. Are women afraid that a man will hurt them in public? I’m asking–I truly don’t know the answer to this.

So rather than use the “serial killer” term, why not say it like it is? Just say, “I don’t know you.” Or just establish that you’re meeting in a public place and not say anything about the guy at all? Does any variation of the line need to be said?

Now, I think it’s totally different if the guy is trying to convince a woman to come to his house before the date or for the date. Again, I don’t think the serial killer line is warranted, but if the woman says no and the guy asks, “Why not?”, what do you say? Well, first I would throw up a giant red flag that the guy is pressuring you into coming over to his place before you’ve ever met. But if you’re still set on seeing the guy, what about, “I’m looking forward to meeting you, but I’d be more comfortable hanging out for the first time in public.” If the guy still pressures you after that, don’t meet him. It’s not worth it.

I was talking about this topic with a female friend the other day (she’s actually writing a blog entry on this topic from the female perspective today), and she reversed the tables on me. “Are men comfortable meeting women for the first time in private? Are you?”

It’s a good question. My perception is that men don’t harbor the same fears that women have regarding dating. I don’t. Although my go-to first date is always drinks, if that weren’t the case, I would have no problem or fear inviting a woman over for dinner or drinks or going to her place. Although it’s possible for a woman to open the door with a gun or a sexual threat, it doesn’t occur to me as something that could actually happen. Thus I’m not afraid of it. Should I be?

I’m curious what other men (and women) think about this topic. For the men, have you heard that line, and how do you react? Would you be worried to meet a woman for the first time in private? For women, have you ever used that line? Have I accurately touched upon the true root of that line and that fear?