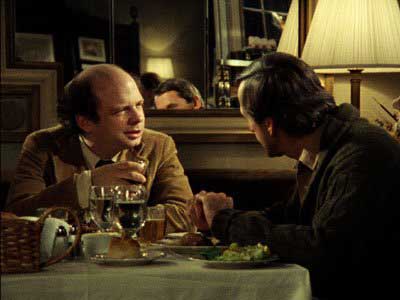 Conversations aren’t battlefields. There aren’t winners and losers. But that doesn’t stop us from trying.

Today I was having a conversation over e-mail with a few colleagues about an issue that arose at work. There were many different sides to the story, several layers of miscommunication, and dropped balls by several people. Overall, we were looking for a solution to the problem.

A few hours later after the flurry of e-mails, I thought back on what I had written. I thought, “I won that conversation.”

It was a healthy jolt of reality. After I had my little epiphany, I thought this might be a good thing to share with all of you. Although I like to think that I approach conversations–even tough conversations–with the objective of expressing myself and letting the other person feel comfortable to express themselves, in all honesty, I try to win conversations all the time. And I’m betting that I’m not alone in that.

This type of mentality can be toxic at work, but I think the worst place for it is romantic relationships. When was the last time you were chatting with your spouse/partner and you tried to win the conversation instead of communicate? How did that work out for you? How can you change your state of mind so that the next conversation you have is an actual conversation, not a competition?

I even need to remind myself of this on the blog from time to time. You may not be aware of it, but for a while now the blog entry I wrote about Rachel and Joey being a better match on Friends than Rachel and Ross has continued to attract commenters (93 comments, 1,000+ votes). People are passionate about Friends, and some of them really take offense to my entry. My instinct is to jump into the fray and tell them why they’re wrong. But that’s not who I am, and that’s not what I want the blog to be. I want it to be a safe place to talk about stuff. It’s not about convincing other people to share the same opinion as you. It’s not about winning–it’s about sharing, connection, and expression.

I hope this entry comes to mind the next time you inadvertently try to win a conversation. I hope the same for me too.

This entry was posted on Monday, April 22nd, 2013 at 12:30 am and is filed under conversations, relationships and tagged with relationships. You can follow any responses to this entry through the RSS 2.0 feed.