How to Let Strangers Decide If You Should Get a Vasectomy 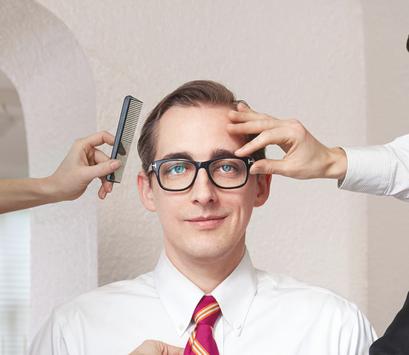 Way back in 2008, I wrote a blog entry called, I Own That Guy’s Arm. In it I proposed that I launch an IPO for myself, letting investors purchase shares in me and have a say in the choices I make on a daily basis. The benefit for the investors is that they could make a profit if I were to gain value over time.

Little did I know that right around the same time a person named Mike Merrill actually did sell shares in himself. He put 100,000 shares of himself on the open market, and 929 of them were purchased by friends and family at $1 each.

If you have a few minutes, click over to that article on Wired.com. It’s a fascinating and humorous article about what happened after Mike started letting shareholders vote on his day-to-day decisions. Here are a few examples of what happened:

The whole article is written with a wink at the reader, but I do think the premise has promise, particularly for students. Several sites have sprung up recently that let you invest in a student and reap dividends over time when that student graduates and starts a career (I wrote about one of those sites here).

But this case is much more about crowdsourcing control of your decisions. Do you ever tap into the crowd for important decisions? What types of things do you ask people to weigh in on? Are there certain things you would ask if those people had a financial stake in the results opposed to random Facebook curiosity? If your spouse or partner was at the whim of the crowd, would you try to purchase some shares?

This entry was posted on Sunday, April 28th, 2013 at 10:57 pm and is filed under their brilliant ideas and tagged with ideas. You can follow any responses to this entry through the RSS 2.0 feed.