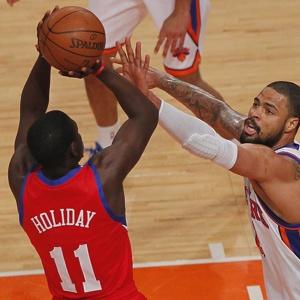 This past weekend, I asked a number of Viticulture backers to playtest my new game, Euphoria. Euphoria has been in the works for a while now, but this would be the first time that we would conduct what are called “blind playtests”–basically, playtests where I’m not present to explain the rules. Blind playtests are great for creating input for gameplay, mechanics, graphic design, and the rules.

I let playtesters post their feedback on a shared Google spreadsheet so they could see what the others thought. On Monday night when feedback was due, 35 different people had been a part of 20+ plays of the game all over the world.

Lots of the feedback was positive. People seemed to enjoy the game despite its rough edges. Everyone also had criticisms for the game, some more than others.

Having gone through the process of playtesting Viticulture and exposing it to the world, I’ve grown a thick skin when it comes to feedback about my games. However, I still couldn’t help but have a knee-jerk defensive reaction to some of the feedback about the game. It’s instinctual.

Like most negative reactions and feelings, the healthy thing to do is experience the feeling…and then let it move on. That’s what I did with my defensive reactions to the negative feedback: I let myself feel that moment of “you just don’t get it” frustration, and then I let that feeling pass so I could focus on the truth of their feedback.

That’s really important, because there is truth in all feedback. That doesn’t mean you have to change your game or your novel or your plans or whatever it is; rather, it means that you get to the source of the truth, look at it from the feedbacker’s perspective, and decide what you want to take away from it. Because I took that angle when considering playtester feedback, I’m going to end up with a much stronger game than the version that existed last Thursday.

You’re going to have a defensive reaction to something today. Someone is going to disagree with you or back you into a corner. Someone or something is going to challenge you. Your knee-jerk reaction will be to get defensive, to hold your ground, to reinforce your existing beliefs and thoughts.

When that happens, think about this blog entry. Let yourself experience your defensive reaction for a moment. Embrace it. Then let it go and consider the truth in what the other person is saying. They might be saying something completely untrue, but perhaps the truth behind the statement is that they’re threatened by you. Or maybe what they’re saying is entirely accurate–you’re just not ready to hear it, or you’re afraid by what it means if they’re right. It might cost you time, money, or pride if they’re right. That’s not easy. But it might be true.

Good luck not being defensive today. If you catch yourself being defensive and instead find the truth in what someone else says, feel free to share it on this blog. I’d love to hear your story.

This entry was posted on Wednesday, April 3rd, 2013 at 1:16 am and is filed under leadership and tagged with leadership. You can follow any responses to this entry through the RSS 2.0 feed.

One Response to “Leadership Tactic #82: Don’t Get Defensive”