The Hunger Games of Cuteness

It’s well known among the cat-owning blogging community that despite the results of the Tournament of Cuteness and the Battle Royale of Cuteness, I still think my cats are the cutest creatures alive.

That is, until recently.

Well, okay, I still think my cats are the cutest. However, recently my sister had her first baby, and of course she’s the cutest thing ever.

And then my friend got kittens.

Yes, fellow blogger and friend Katy got two gray kittens this past weekend. I considered them a 9 out of 10 on the cuteness scale until I saw the following photo, at which point my heart imploded. Seriously. Look at them. 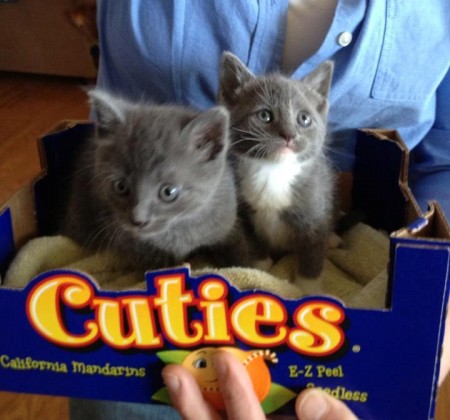 So I know this is a losing battle, but it’s a battle I have to fight. My cats against these ridiculously cute kittens. You decide. First I present to you Walter sitting like a human: 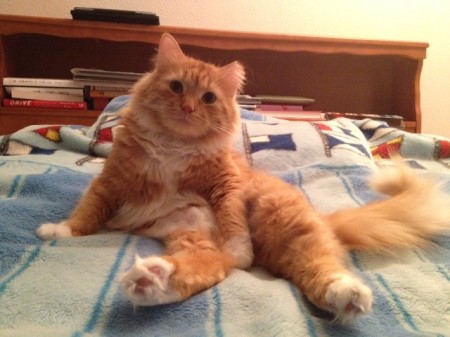 Followed by what Biddy looked like as a kitten 6 years ago (hey, I didn’t say I’d fight fair. Biddy is even cuter to me today than he was yesterday and the day before and so on, but to the rest of you I think this is his best shot):

Also, optional caption contest for all photos. The best captions will permanently be added to the photos. Make sure you specify which photos the captions line up with.

This entry was posted on Tuesday, April 30th, 2013 at 10:32 pm and is filed under Uncategorized and tagged with cats. You can follow any responses to this entry through the RSS 2.0 feed.

One Response to “The Hunger Games of Cuteness”