Last week I wrote about the “nice jeans conundrum,” the internal debate to purchase or not purchase the world’s most comfortable pair of jeans. The jeans in question, which I tried on about a year ago and still think about, cost $180, which is a lot of money. That’s 180 Slurpees, people.

There were many good points brought up in the comments about the general idea of purchasing really expensive things that you know you’ll use and appreciate (something that many people struggle with–and honestly, it’s good if you struggle with that. If you don’t struggle with that, you’re either rich or are in credit card debt). Three of the top ideas were:

I like all of these ideas. I might try all three. But I have a good occasion coming up to try #3, and I wanted to mention it to all of you. 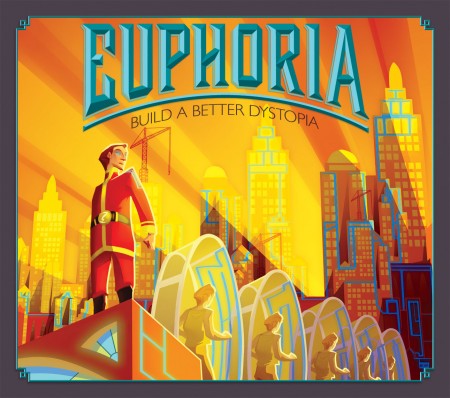 Back in the fall, I talked a lot about a Kickstarter campaign I ran for a board game called Viticulture. It’s been my lifelong dream to publish a board game, and thanks to the generous support of 942 backers who pledged $65,980 to the campaign, my dream became a reality. The game is very close to finally reaching the backers–the boat will arrive on US shores on Saturday.

However, I have a LOT of game ideas, and a lot of game genres I want to explore. I love the way that board games bring people together to think, interact, and connect. And I love designing games, I really do.

So while I was designing Viticulture, there was another game that I started to develop. It used one of my favorite genres, dystopian literature, as the thematic foundation, and it incorporated dice into the game. The game that emerged is called Euphoria: Build a Better Dystopia. I’ll launch the Kickstarter campaign for this game on May 15. I’ll talk about the game over on the Stonemaier Games blog a lot, but I’ll mention it here a few times too.

What about you? Do you have an upcoming goal? How would you like to treat yourself if you achieve it?

This entry was posted on Thursday, May 2nd, 2013 at 7:44 pm and is filed under personal and tagged with Kickstarter. You can follow any responses to this entry through the RSS 2.0 feed.

5 Responses to “The Nice Jeans Solution”