Dustin Hoffman Suprises Me with an Insight About Women (and People) 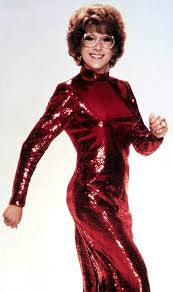 The other day a video clip of Dustin Hoffman talking about the movie Tootsie went viral. At first I didn’t pay any attention to it, as I haven’t seen the movie. But I guess it reached a critical mass of people sharing it, so I took a look.

I was genuinely surprised and moved by what I found. I recommend watching the full 3-minute video, but I’ll transcribe the key part here. Dustin Hoffman is talking about an interaction with his wife after he had a screen test in full makeup and discovered that he wasn’t a physically attractive woman.

“I know that if I met myself [as Tootsie] at a party, I would never talk to that character because she doesn’t fulfill–physically–the demands that we’re brought up to think women have to have in order for us to ask them out…. There are to many interesting women I have not had the experience to know in this life because I have been brainwashed. That [the movie Tootsie] was never a comedy for me.”

I think this applies well beyond heterosexual men and their approach to women, but that’s how I took Hoffman’s words to heart, so that’s what I will talk about today.

Hoffman was moved to tears making that statement, and watching it, so was I. Because it’s true. So many times I’ve looked at a woman–whether it’s at a party, a bar, or an online dating site and decided from the quickest glimpse of her physical appearance if I’m interested in her. As Hoffman so eloquently said, because of that approach, there are many, many interesting women I’ve never talked to because of that first impression from across the room or from her online photos.

The counterintuitive lesson that I’ve learned in recent years is that superficial attraction may not be at all correlated with physical chemistry. I’ve met women who I would quickly skip over while skimming an online dating site, and I’m surprised by how much chemistry we have. And I’ve gone on dates with stunningly attractive women who don’t turn me on at all.

And that’s just physical chemistry–it’s one of the foundations of a relationship, but definitely not the only one. Having a great sense of humor, being a great conversationalist, or being inherently kind to people have nothing to do with how you look. And yet I’ve dismissed the idea of learning about all of those characteristics with the mere glimpse of a woman who I don’t deem to be physically attractive. I’m ashamed to admit, but it’s true.

The glimmer of hope for me is that in the last few months when I’ve been on OkCupid, I’ve stopped looking at photos first when a woman e-mails me or I check my daily matches. I’ve decided that I don’t want looks to be the first filter for determining if I’m interested in someone. Instead I first check to make sure they’re a non-smoker and that they don’t loathe cats, and then I read their profile to see if I connect with them as a person. Then–and only then–do I look at the photos if I’m still interested.

It’s a small change, but it feels so right in comparison to what I was doing before. It’s just one step in the right direction, and I wish it hadn’t taken 32 years to get there, but I hope it’s never too late to change the way I treat people. There’s always time to improve.

If you watch the video below, how does it speak to you?

This entry was posted on Wednesday, July 10th, 2013 at 11:14 pm and is filed under relationships and tagged with relationships. You can follow any responses to this entry through the RSS 2.0 feed.