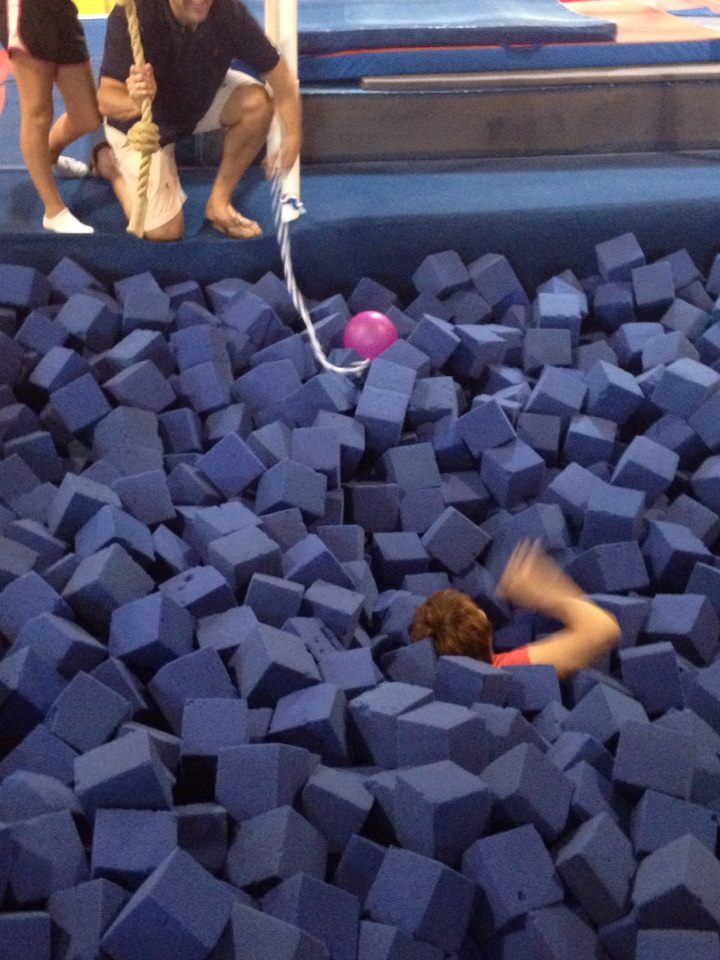 I have a wonderful 60-something coworker named Cathy. She has a fantastic sense of humor, hence her willingness to contribute to today’s blog entry.

Recently, Cathy attended her granddaughter’s birthday party at some sort of child gymnasium. One of the play areas was a giant pit filled with soft foam cubes. You swing on a rope, drop into the pit, and then shuffle to the edge to get out.

This looked like a lot of fun to Cathy, so she asked if the rope could bear the weight of a full-grown woman. The attendant said it was fine, so off went Cathy with her adventurous spirit.

Then everything went to hell.

Cathy landed in the pit just fine. But she quickly realized that she couldn’t get any leverage with the foam cubes, so the more she moved, the more she sank the into the pit. Later she described it as “a great ab workout,” but at the time she felt pretty helpless. She joked that she almost became the first person ever to drown in a foam pit.

After numerous attempts, she managed to flip over and grabbed a rope that her son had tossed into the pit. While her daughter-in-law filmed the entire experience, her son slowly dragged her over to the edge and pulled her out.

Cathy did not return for more.

Today Cathy showed me a few photos of her in the pit, and I helped her share this one on Facebook to the mirth of many, many people. So now I share it with you so you can get a Tuesday giggle out of it. Whoever writes the funniest caption for the photo will earn the permanent caption on the photo (if I remember. Feel free to remind me). You can enter as many as you want.

This entry was posted on Tuesday, July 30th, 2013 at 12:13 am and is filed under contests, humor and tagged with caption contest, humor. You can follow any responses to this entry through the RSS 2.0 feed.