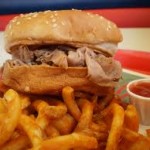 I’ve applied to a fair number of jobs in my day. I haven’t made it out of the slush pile for many of them. But of all those that I’ve made it to the interview stage, I’ve only been rejected by two companies: BP and Arby’s. Yep, Arby’s. And I’m not talking some cushy position […]

Pet Peeve #50: Netflix Movies That Are Too Good to Watch

A while ago I read about a phenomenon on Netflix involving movies with really high ratings. Biopics, documentaries, foreign films, Oscar-winning independent films…those kinds of movies. Apparently Netflix discovered two things about peoples’ behavior when adding those types of movies to their queue. People are quick to add those 4.5-star movies to their queue, but […]