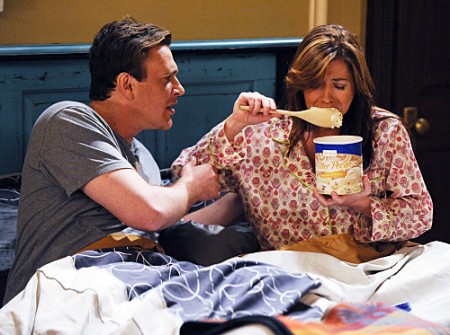 This is pretty much the most random entry ever. I was about to write a different blog post when I procrastinated by checking Facebook, where I saw that someone had posted a funny comic from The Oatmeal about living with a significant other.

So here we are.

There’s even a poll at the end! I haven’t done a poll in months.

My history of cohabitation is as follows: I dated one girl for about a year and a half, and then she moved in with me. It was actually great to live with her. We got along really well, we learned things about each other we wouldn’t have learned if we hadn’t lived together, and we got to spend more time with each other where there was less pressure to be “on.” It didn’t work out with her in the end, but I’m grateful for the experience.

A couple years ago I had a very unique cohabitation experience that involved a female roommate/renter who I ended up dating. So we kind of did things backwards–instead of dating and then living together, we lived together and then dated. Needless to say, that didn’t work out.

Both were largely positive experiences. It may be different now, because I like my time and space more than ever before, but if I really liked someone, I would be completely open to moving in together after not that long of a time.

I’ve heard people say that you shouldn’t move in together because it’s convenient. I say: What’s wrong with convenience? Rather than spend 30 minutes round trip in the car to go see my girlfriend (disclaimer: I’m single, so this is a hypothetical girlfriend who lives 15 minutes away, wears yoga pants, plays board games, watches TED talks, and loves cats), I could spent that time with my girlfriend while she plays board games with me in her yoga pants and petting my cats. That’s a much better use of time.

The one big downside I foresee is the converse of something I mentioned above–the idea that you get so relaxed when you live with someone that you no longer feel like you have to be “on” with the person. That’s great, but I actually think it’s good to force yourself to be “on” with your significant other. The courtship–the seduction, the flirting, the intentional time, the effort–should never stop. And when you live together, that’s lot harder to do because it’s so easy to just relax and fart in the bed and eat popcorn out of the bowl with your tongue. Like, the entire bowl, not just a few kernels.

So I’m pro-cohabitation, but with the caveat that you have to make a consistent effort to court the person. Even when you know for sure they’re coming home with you every night.

What do you think? Have you done it? Any regrets? Would you do it again? Feel free to vote and comment below.

This entry was posted on Thursday, September 5th, 2013 at 10:30 pm and is filed under Uncategorized and tagged with debate. You can follow any responses to this entry through the RSS 2.0 feed.

15 Responses to “Cohabitation Before Marriage: Yes or No?”