Pet Please #97: People Who Choose to Live in the City You Love 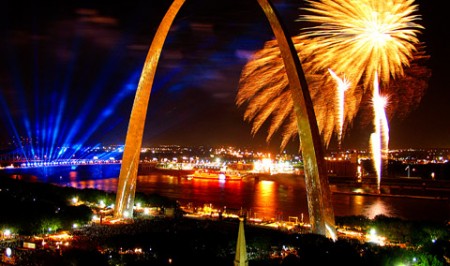 Every photo of St. Louis has the Arch in it. True fact.

I grew up just outside Richmond, Virginia. In high school when I started looking at colleges, I considered a few factors:

Washington University in St. Louis fit all those categories, so I moved out to St. Louis for my freshman year in 1999.

(Well, to clarify, I have left the city. People are able to travel in and out of St. Louis at will. This isn’t Gotham, people.)

Like most kids after college, I had a choice as to where I wanted to go next. A lot of my classmates got out of St. Louis as quickly as possible, claiming that it was “too small” for them or “not cool enough.” Which is fine. All the best to you.

But I made the choice to stay, because I really like it here. It’s the right size for me, it has the right feel for me, and it’s almost the right temperature for me.

I thought of this pet please the other day when I was walking through the parking lot outside my apartment building and I noticed that many of the license plates had other states on them. For some reason this made me really happy–to know that there were other transplants around me who chose to live in St. Louis. It’s like the feeling you get when you find out that someone else loves a band or a movie that you love, except it’s a much bigger choice to live in a city than it is to like a band.

What about people who are from St. Louis and continue to live here? Well, they’re okay. I feel like it’s less of a choice to live in the place where you’ve always lived (unless you moved away for a while and realized that St. Louis really is the place for you after experiencing the outside world). It’s like kissing one person and declaring that they’re the best kisser in the world. How do you really know based on a sample size of one? Thus I take more joy in those who have tried out a few different places before choosing St. Louis, just like me.

Do you feel like you chose to live in your city? Do you take pleasure in transplants choosing to live in the city you love?

5 Responses to “Pet Please #97: People Who Choose to Live in the City You Love”