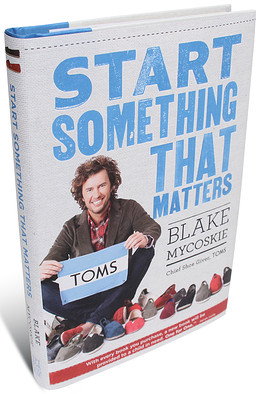 I have some good news.

A year and a half ago, I wrote a dystopian novel called Wrinkle. I revised it a few times, sent it out to beta readers…and then I got really busy with Kickstarter and game design.

Aside from publishing a game, my other lifelong dream has been to publish a book. As has been the case for quite some time, that process involves finding a literary agent who loves your work and works out a deal with a publisher.

Today I signed with a literary agent.

However, the deal isn’t for Wrinkle. My hope is still to publish Wrinkle in the next couple of years. But over the last year, I’ve written extensively about Kickstarter over on my company website. A ton of people read those Kickstarter Lessons, and they attracted the interest of Jennifer Chen Tran at Penumbra Literary.

At first I wasn’t sure about pursuing a traditional publishing option. After all, it’s a book about Kickstarter–I could Kickstarter it or publish it myself on Amazon. I already have an audience that reads my Kickstarter Lessons.

But after I thought about it, I realized that reaching my existing audience isn’t the challenge. I want to help may thousands of people pursue their dreams in selfless ways. Way more than my blog currently reaches. If I go at this alone, although it could be more profitable per book sold, I won’t reach nearly as many people as I could if I had a major publisher at my back. I really do want to help as many people as possible, so it would be a disservice to the crowd not to go big.

Together my literary agent and I researched other Kickstarter books on the market and found that there’s nothing that comes close to the content I’ve produced so far in terms of depth and firsthand knowledge. I still need to write the dang thing, of course, but the existing Kickstarter Lessons provide a very solid foundation for the book (they comprise about 300 pages at this point, but the book will have a different structure than the blog).

Speaking of structure, right now we’re trying to figure out the best structure for the book. As part of that process I’m reading books in the same “business” category to see what works and what doesn’t work. For example, here are some of the books in this category that I’ve read:

The commonality between most of these books is they tell a stories of entrepreneurship via case studies and personal experiences. They support that anecdotal evidence with data and key takeaways.

I’d love to read more books in this category, hence this blog entry. Do you have any suggestions? I’d love to hear them.

This entry was posted on Wednesday, September 25th, 2013 at 11:54 pm and is filed under books and tagged with books, writing. You can follow any responses to this entry through the RSS 2.0 feed.

8 Responses to “Your Favorite Business Book”